Home Civil Rights Viola Davis, a Brown v. Board veteran, gets into the DeKalb School... 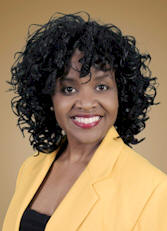 Viola Davis was destined to battle the powers that be. She grew up in Topeka, Kansas, and at six, walked down the street to first grade at Monroe Elementary, a two-story, red-brick school that now is part of a museum commemorating the famous 1954 Brown vs. Board of Education desegregation case.

Davis’s school was integrated, her playmates both black and white. But inequities remained, and in 1979, her mother joined the third phase of Brown, rekindled by an open enrollment policy and a possible drift toward resegregation.

So there was an odd synchronicity as Davis, now 49, stood before a meeting of worried parents gathered at conference room in an aging strip center in solidly black south DeKalb County a couple of weeks ago. She decried the state of the county’s struggling schools. She waved a summary of the grand jury and accreditation reports that triggered a crisis in DeKalb schools. The Southern Association of Colleges and Schools (SACS) placed DeKalb on probation in December.

Davis is at the crest of a wave of angry DeKalb residents, so angry that they have abandoned the usual blame-game between north and south DeKalb to come together against the school board. A group of white parents traveled to this meeting, and afterward they exchanged phone numbers and emails with Davis and others. Among the most damaging indictments in the SACS report was a statement that the board seemed unconcerned with student achievement.

“It is our vote that hires and fires these elected officials,” Davis said, enunciating so forcefully that it felt just a step away from shouting. “It is our tax money that pays them.”

Davis urged the parents to take ownership of the turmoil and join a recall drive. She held another community meeting and invited the nine board members. The crowd was standing-room-only. Davis set out chairs for each board member but only two showed up. “The most powerful thing was when the cameras went down the line showing the empty chairs and the room full of people looking for answers,” she said.

As the DeKalb School Board situation moved from mess into full-on crisis, the governor stepped in and removed six board members. That action survived an initial court challenge. But knowing that more disputes lie ahead, legal and otherwise, Davis hasn’t given up on the idea of a recall.

Davis is a critical care nurse who helps care for her nephew, a student at Clarkston High School. She has a long history of speaking her mind in DeKalb—or, you could say, being a gadfly. It started when she peppered her lawn with signs that said “Unhappy Taxpayer and Voter,” and ended up with a code enforcement violation. She put the signs in her windows (another code enforcement notice) and then on her roof. Which gives new meaning to the concept of shouting from the rooftops. They finally left her alone.

She ran unsuccessfully for state legislator in 2002 and county commissioner in 2004 and 2008. Her point, she says, was just to show entrenched incumbents that someone could run against them. “Sometimes you have to remind people, ‘You’re not all powerful,’” she says.

But now, she wants to prove that point in a more resounding way. With a coalition of residents she calls Restore DeKalb, she finds herself in the midst of a case that is shaking DeKalb’s education powerbrokers. The stakes are much higher than griping about county spending; they involve children and the future of the schools. She wants the fix to come from voters, rather than having the state’s white Republican governor appoint school board members to govern the predominantly black, Democratic county.

“What fascinates me is that some of the same problems they had back when I was a child are continuing,” she says. “We never really came up with a solution, in spite of moving forward with integration and a number of other things we’ve done.”

Her mother, Ruby Lee Davis, sixty-seven, lives with her in Stone Mountain and supports her efforts. She sees this as a continuation of the fight for a quality education that started more than three decades ago.

“She’s in it for the long haul,” the senior Davis says. “She’s picking up where I left off. I am proud of her. She’s been a little fighter since the day she was born.”