Home News & Opinion Hollywood of the South The Walking Dead Awards: Journey to the center of the junkyard 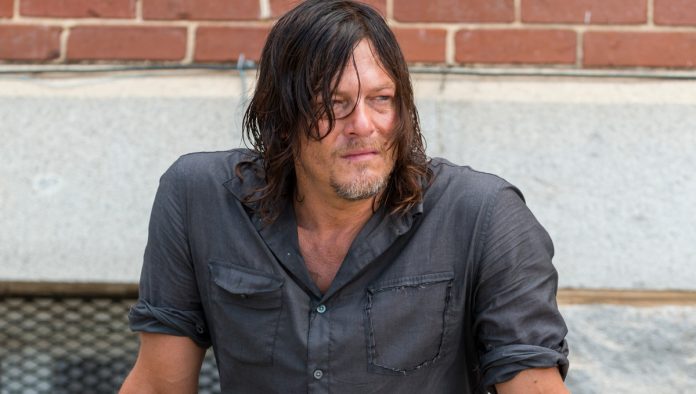 Each week, we comb through the guts of The Walking Dead, much like a horde of hungry walkers, to bring you the episode’s best moments, surprises, and other post-apocalyptic curiosities. This week: Michonne loses a cat, Daryl pets a cat, and Rick steals a cat.

Best silver lining: The Saviors may have taken the stick Eastman gave Morgan, but at least they didn’t take his Goo-Goo Cluster.

Worst plan: We understand that Ezekiel needs to learn how dangerous the Saviors are, but Richard’s plan to frame Carol is simply terrible. As we saw with Rick and Co., even if you kill all the Saviors in a given area, they’ll still find out who really did it.

Best command of the English language: It’s definitely been under two years since the outbreak started. So what is up with this group of survivors who can’t put more than two words together to create a sentence?

Best recycling: Keeping in line with keyboard, did you notice the 1980s-era computer Rick tosses around in the trash pile? Nice reusing of props from AMC’s (also Georgia-filmed) Halt and Catch Fire.

That’s one way to kill time: The book Carol was reading was titled “Denim Dreams.” We Googled it—not a real book—but our guess is it’s either a harlequin romance novel or an odd fantasy trope about the deepest desires of an average pair of pants. Guess it’s better than the air conditioning repair manual.

The Art of the Deal: Next time we have to get a new car, we want Rick there to negotiate on our behalf.

Best poker face: Tara still hasn’t let slip any info regarding the Oceanside community. But perhaps it’s only a matter of time . . .

Boyfriend of the Year: Of all the random trinkets Rick could have stolen from the junkyard, he took the cat statue to replace the one Michonne lost some 3 seasons ago. Aww.

Best reunion: We’re not sure which was better—Carol’s shocked expression when she opened her door to find Daryl on her porch, or Daryl’s when he asked, “Why’d you go?” But this reunion was every bit as great as fans of either character hoped. That said, what happens when Carol realized Daryl lied to her? Because she will find out. And she won’t be happy.

Best line: “[Carol] gets hurt, she dies, she catches a fever, she’s taken out by a walker, she gets hit by lightning, anything, anything happens to her, I’ll kill ‘ya.” —Daryl to Richard

Best kill: Morgan sure shut Daryl up pretty quick by telling him he knew he lied to Carol, didn’t he?

Episode MVP: Gabriel, for the impassioned speech that made Jadis consider teaming up with Rick and the gang. And for the fact that he was smart enough to leave the “BOAT” note behind in the previous episode. While he’s still not the most interesting character on the show, we’re glad to see how far he’s come in making himself a valuable part of the team.