Home News & Opinion Hollywood of the South The Walking Dead Awards: The Saviors get the last word 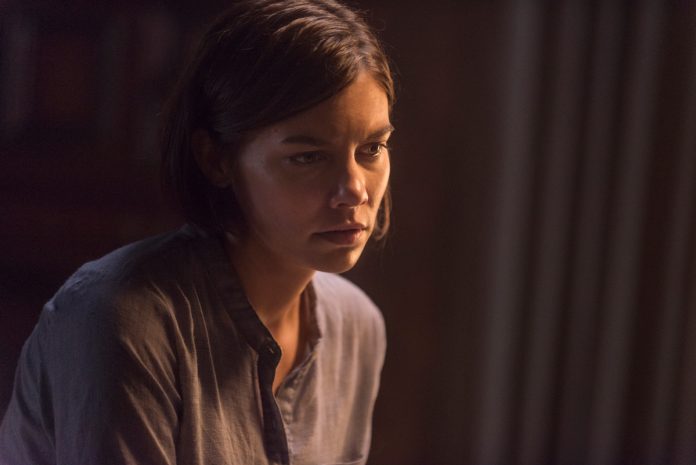 Each week, we comb through the guts of The Walking Dead, much like a horde of hungry walkers, to bring you the episode’s best moments, surprises, and other post-apocalyptic curiosities. This week: Simon commits a war crime, Maggie threatens a war crime, and Henry tries to commit a war crime.

Best callback: Way back in season one, we learned that reanimation can take anywhere between two minutes and two hours. It’s pretty rare in the show these days to see one that isn’t instantaneous.

Best gift: We wish someone would save us a turnip.

We see what you did there: All of the bitten Hilltoppers transform under a full moon, kind of like another well-known mythical creature . . .

Most in need of some karmic revenge: Tara laments that “karma’s a bitch” after she finds out that she might have been shot with a toxic arrow, possibly by Dwight. If only someone had taken out Gregory instead…

Best triple agent: You might be thinking that Tara’s days are numbered, but remember that the arrow that pierced her could have come from either Dwight or Simon. Is it possible that Dwight fired a non-poisoned arrow to keep Simon from shooting one that definitely would kill Tara? We think so.

Best TWD readers: Two weeks ago we called out the hypocrisy of Tara being introduced into the show as an ally of the Governor and yet that point was forgotten in her revenge plot against Dwight. This week she mentioned it, so clearly someone is reading our recaps. Hi, cast and crew!!!

Worst continuity: “They weren’t bit but they turned,” says Carol. Um, we’ve known since season two that everybody who dies turns regardless of how they died.

Best decor: Anyone else notice the frowny face on the grandfather clock?

Karol’s Kidz: Once again, a kid in Carol’s sphere of influence went crazy and made things worse for everybody.

Best unintentional slapstick comedy: The walker rolling down the stairs. We’re just waiting for someone to sync the Benny Hill theme over this clip.

Worst time to be a heavy sleeper: You might think it’d be the walkers that would get you in this scenario, but really, it’s the fact that when you do wake up, you’ll be groggy, stiff, and aloof. Then halfway through your yawn-and-stretch, Rick gets you with a hand-axe to the head. It’s not his fault you looked like the living dead.

Best line: “Your 38 people are alive and breathing. Turn around, leave us be, and they stay that way. But if you don’t, I have 38 bullets that I will personally fire into all 38.” —Maggie to Simon

Most disturbing image: The entire walker-lead massacre on the Hilltop. We knew that something like this would happen after Negan revealed his biological warfare plan, but that didn’t make it any easier to watch. It’s one thing when you run into walker strangers—it’s another when it’s your newly-dead friends and family are ripping your other about-to-be-dead friends and family limb from limb.

Best kill: Maggie’s sneak attack on the Saviors. On her cue, the Hilltoppers vanished from battle, but not before shooting out the lights of every vehicle in the lot. In silence and under the cover of darkness, they gathered on one side of the house, and when the Saviors came out to attack, they struck first with a massive wall of machine gun fire.

Episode MVP: Maggie. She’s not a perfect leader by any means, but she’s doing the best she can and proving herself fairly adapt at tactical battle plans and keeping her people unified. Her demons still haunt her, but it’s clear that once the war with the Saviors ends, she’s poised to become a fine leader.