Home News & Opinion We tested the ATLtransit trip planning service. It was not exactly a... 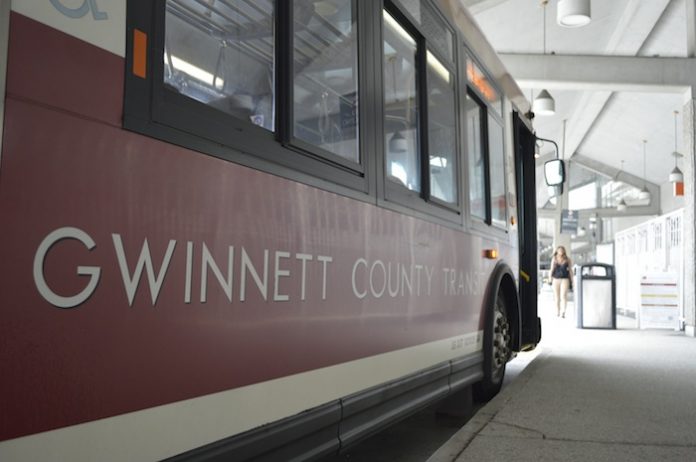 It’s no secret Atlanta lacks functional regional transit. As veteran transportation reporter Doug Monroe wrote in a 2012 Atlanta magazine analysis of the history behind our transportation woes, “at the heart of the rot eating at metro Atlanta is the Mother of All Mistakes: the failure to extend MARTA into the suburbs.” Indeed, MARTA is limited to the city of Atlanta and Fulton and DeKalb counties; traveling farther requires cobbling trips together on a host of smaller systems, each with its own unwieldy ticketing and scheduling vagaries.

This month’s launch of ATLtransit, an itinerary-planning website, was a step—albeit a small one—in the right direction. The website is a pilot project of (acronym alert!) MARTA, GRTA (the Georgia Regional Transit Authority), CCT (Cobb Community Transit), GCT (Gwinnett County Transit), Xpress, and the ARC (Atlanta Regional Commission). It’s an information portal, meaning it doesn’t address the underlying problems—but it does make navigating the multiple transit systems easier. In theory at least.

My task, following only ATLtransit itineraries: to start at my home in Roswell, find my way east to Gwinnett, cross back west to Cobb, and return home again. Maybe grab some food on the way or check out the new Braves stadium site—just like anybody without a car might do once the stadium opens. It all sounds so easy.

Tuesday night: Preparation
I quickly learn that ATLtransit’s mapping system gets finicky when identifying start and end points: If you want to visit the Atlanta magazine offices, for example, you can’t type “260 Peachtree Street.” Only “260 Peachtree Street NE” will do. It also doesn’t support multi-leg journeys, meaning I have to create three separate itineraries. The lack of a mobile app is glaring: Trips must be planned in advance, and if your plans change, it’s impossible to adapt on the go. Rather than storing your travel schedule in your phone, you have to resort to memory—or old-school printouts. The printer-friendly schedules are marginally useful—step-by-step instructions list which trains or buses to take and when—but while my computer screen shows a map of my route, my printouts are text-only. I print a few mapscreenshots, just in case.

To go east from Roswell toward Gwinnett, I’ll have to take the MARTA Red Line south to Lindbergh before taking the Gold Line northeast to Doraville. And, of course, because MARTA doesn’t service Gwinnett County, I’ll have to use the GCT bus system from there. Getting to Cobb looks even worse: I’ll have to take the Gold Line into Atlanta, only to catch a CCT bus right back out of the city. Getting home will require taking that same bus south before riding MARTA all the way north. The three maps, if superimposed, might resemble wheel spokes: Everything is predicated upon entering the city, only to leave it at a different angle.

Time spent on the road: N/A

Wednesday morning: North Springs to Gwinnett County
I start at the northernmost point on MARTA’s Red Line at around 11, heading for the Bleu House Cafe in Norcross. By 11:30, I’m at the MARTA Doraville station. I look down at my printout, which tells me to take the Gwinnett 10a bus toward Sugarloaf Mills at 11:35. The sign on the bus waiting at the stop says 10b. I cheerfully wave that bus goodbye, expecting the 10a to pull up right behind it. It will take another hour for the 10a to finally arrive. Apparently, the two take very similar routes—and either would have passed by my Buford Highway and South Cemetery Street stop.

Around noon, the Gwinnett No. 35 bus, which has been waiting longer to leave than I have, finally drives off. The driver flashes me a thumbs up as he passes by; I can only assume my need for encouragement was quite visible. A few minutes later, a man approaches. “Excuse me. Are you waiting for the 10?” “Yes,” I reply. He pauses. “Is it on the way?” he asks, in a tone that indicates a negative answer might be a very real possibility. A few minutes later, the man is gone.

By 12:25, I regret not keeping a count of buses—MARTA and GCT alike—that have come through since my arrival. I’m sure the number would be staggering. At 12:26, I think: Maybe I should live-tweet this. At 12:27: No, live-tweeting is tacky.

When the bus pulls up at 12:30, a sizeable crowd is clamoring to get in. None of our Breeze card transfers are being accepted—the reader continually flashes red and displays the word “INSIGNIFICANT”–but that doesn’t stop us from boarding. My theory: We have waited so long that our transfers have expired. One man looks concerned. “They’ve all been doing that,” the driver tells him. “I think something’s wrong with MARTA.”

The bus drops me on Buford Highway, and I walk a quarter mile uphill to the restaurant. I learn firsthand why Buford Highway has helped Atlanta become one of the most dangerous cities for pedestrians in the country; it has perilously few crosswalks, forcing me to jaywalk and almost get hit by a car.

Wednesday afternoon: Gwinnett County to Cobb County
I eat a quick lunch and emerge from the Bleu House Cafe at 1:40, only half an hour behind schedule. The steps on my ATLtransit printouts will remain the same even if the times are different, but I have no idea when the next bus will arrive. In the mid-afternoon Georgia heat, this is important; even more so when the bus stop is nothing but a roadside post stuck in the ground.

Over the next 30 minutes, I start to wonder if I’ll sit on the grass here long enough to need sunscreen. I dream of marching into the used car lot next door, buying a car, and driving off. I am a fool, I realize, for not convincing a friend to spend the day with me.

The GCT 10a bus pulls up at 2:10 and takes me back to the Doraville station. The southbound MARTA train to Arts Center is drama-free, and I wait for another No. 10 bus—this time, from Cobb Community Transit. It appears the vast majority of people there are waiting for the same bus, because when we board, it’s packed. My phone dies somewhere on the way to the new Braves stadium site, taking my clock, music, and Google Maps fallback with it. In a moment of confusion, I miss my stop. I’m suddenly grateful for the maps I printed the day before.

I get out and backtrack, walking almost a mile down Cobb Parkway sidewalks to finally reach the stadium site. I circle, watching the heavy machinery. A lot of work will be done in the coming years to replace this field of dirt and grass with a somewhat more organized one. I snap pictures before walking to a mercifully covered bus stop. My water bottle is empty, and I’m pouring sweat. It’s time to go home.

Later, I consider the reality of getting to the new Braves stadium via Cobb transit, which currently doesn’t operate on Sundays. Details on the planned “circulator” bus system servicing the new ballpark may honestly make or break my opinion on the stadium move.

Time spent: Probably somewhere around five and a half hours

Wednesday evening: Cobb County to North Springs
By this point, I don’t need my ATLtransit printout. I take the No. 10 CCT bus back to the MARTA Arts Center station and a Red Line train up to North Springs. A stranger’s phone reads 5:25. I have traveled for six and a half hours, an estimated three and a half of those on buses and trains. According to Google Maps, taking a car would have saved me two and a half of those hours (although, of course, it can’t account for potential accidents on Cobb Parkway or snarls on the Connector).

I have also spent a total of $17.50. I type my itinerary into a fuel cost calculator and determine that driving a 2010 Honda Civic, gas would have cost me $4.99.

I blame the ATLtransit itinerary for the hour I spent waiting at the Doraville station, and it’s only due to the maps I printed that it didn’t cost me even more time. The website is a good concept with horrible execution (not unlike metro Atlanta’s transit as a whole). Clunky and obsolete isn’t a good feel for a brand new program, and the mapping system pales in comparison to Google’s gold standard. The About page reads, “This pilot project is a first step, designed to gather research and feedback from the public about what information and resources are most useful to transit riders.” I hope my experiences help. There won’t be an overhaul of the entire transit system anytime soon, so in lieu of that, a legitimately useful information portal unifying the metro Atlanta providers would be nice. One with a mobile app would be even nicer.

Of course, my test was an exercise in hypotheticals. I often have access to a car. Those who rely solely on public transportation experience this level of frustration daily. I feel as though I’ve taken enough trains and buses for a month—but if you happen to live and work near one of MARTA’s limited routes like I do, taking a straight shot down one of the rail lines definitely beats sitting in bumper-to-bumper traffic. So, while I might be done with Cobb and Gwinnett buses for a while, I’m not done with you, MARTA. Not yet.