Yesterday I asked the students in my news reporting class if they knew what sequestration meant. Only two hands went up.

This led me to two conclusions. First, I need to be a tougher taskmaster when it comes to making sure those kids keep up with the news. It is, after all, a course requirement. No more Ms. Nice Professor. Second, the sequester needs branding help—stat.

I did my best both to pronounce sequestration, which is even harder to say than sesquicentennial, and to explain what the heck it means. I cited the fiscal cliff as a reference, and every hand went up. That, they’d heard of and vaguely understood.

It’s not just undergrads who are oblvious to and/or confused by the sequester — those forced cuts that go into effect Friday if our elected officials don’t get their act together and work out a compromise like grown ups. According to a Pew survey released yesterday, far fewer people are following news of the sequester as closely as they did the fiscal cliff, and fewer think it will have an impact on them personally.

To jump-start that selfish personal level of concern, the White House released state-by-state figures over the weekend on what the sequester means, and held a conference call with reporters yesterday to review.

Highlights from the Georgia report:

Teachers and Schools: Georgia will lose approximately $28.6 million in funding for primary and secondary education, putting around 390 teacher and aide jobs at risk.

Military Readiness: In Georgia, approximately 37,000 civilian Department of Defense employees would be furloughed, reducing gross pay by around $190.1 million in total. 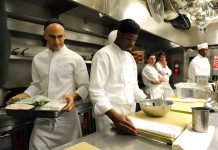 It matters what our presidents eat 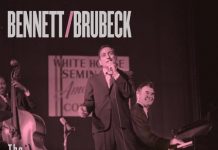 The night Bennett and Brubeck played for Jack and Jackie 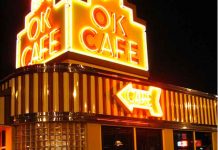