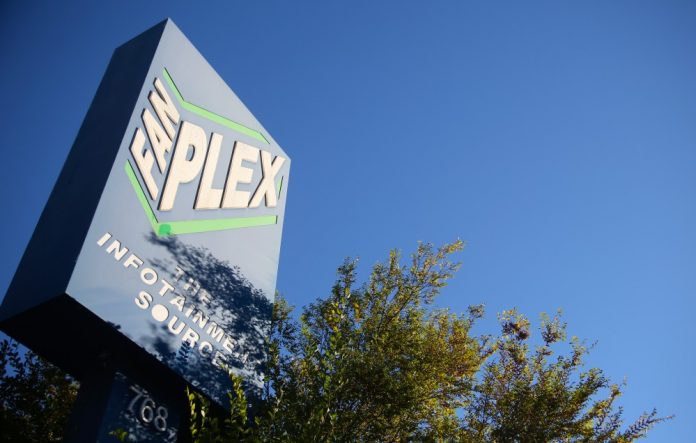 Three years ago, Yasin Ofundele moved into an apartment one block south of Turner Field. On the other side of Hank Aaron Drive, across from the soon-to-be-vacant stadium, sits a building that’s been empty so long that she and other residents don’t recall what it was ever used for.

“That kind of modernized one,” said Ofundele, who described the building to me after a recent community meeting at the Martin Street Church of God. “I’ve always wondered what building is doing over there.”

For others who do remember, the rusty Summerhill structure represents a milestone in local government waste, a classic $2.5 million boondoggle. The 11,000-square foot structure is the former home of FanPlex, a publicly owned entertainment center that opened in July 2002 and was shuttered less than two years later when it failed to draw Braves fans and nearby residents who were intended to be the prime patrons for its offerings of arcade games and miniature golf.

The surprising news is that the Atlanta Fulton County Recreation Authority, the state entity that built this $2.5 million money pit and has carried it on its books ever since, has decided—rather than sell the nearly two-acre property along with the baseball stadium and parking lots—to sink more public money into the facility.

“We are not offering it for sale,” said Atlanta City Councilwoman Keisha Lance Bottoms, who pulls double duty as the executive director of the Rec Authority. “There are still minor repairs to be made before it can be used as a public rental space.”

After its original opening, FanPlex lost more than $280,000 in its first year of operations. The Rec Authority cut staff and other expenses, but never managed to make the facility break even. By the fall of 2003, the board had decided to cut its losses—which by then were a reported half-million dollars—and put property up for sale.

However, the Rec Authority, appearing intent on recouping the millions it had sunk into the project, has rejected every bid that has come its way over the years. A 2004 offer of $2 million by People TV was met with a cold shoulder. In 2008, Fulton County District Attorney Paul Howard proposed opening a center to help child abuse victims and suggested his office pay a $2,000-a-month lease. But he, too, was rebuffed.

FanPlex’s status as a white elephant is now so well established that even Mayor Kasim Reed took a swipe at the facility at a public meeting on September 23 while describing the litany of broken urban renewal promises made to the residents of nearby Summerhill, Peoplestown, and Mechanicsville. “Nobody’s delivered anything except Putt-Putt,” he quipped.

But even as the Rec Authority, which also owns Philips Arena and the Zoo Atlanta site, is working to sell most of its more than 80 acres around and including Turner Field, the FanPlex property is not part of the current bid proposal that’s set to close on November 20. Bottoms also recently announced that the parking lots west of the highway would be retained to ensure that Fulton County continues to have enough parking for jurors—leaving some Mechanicsville residents disgruntled.

Through a spokesperson, Bottoms explained that the Rec Authority will keep FanPlex because officials believe they can “maximize the value of that property if it is offered for sale separately.” In the process, the Rec Authority plans to spruce up the building in a way that’s similar to a “homeowner [who] might paint a house before placing it on the market.” Bottoms declined to explain what specific repairs are needed or the corresponding costs. Our open records request requesting documents related to FanPlex renovations yielded no results—something that Bottoms’ spokesperson attributed to “AFCRA executive sessions involving real estate.”

“FanPlex was a quite a failure,” said Fulton County Commissioner Bob Ellis, who also serves on the Rec Authority’s board. “In retrospect, it was not a wise investment of dollars. We do need to figure out what we do with it.”

And yet, Ellis explained, bundling the facility with Turner Field and the surrounding parking lots could complicate an already-complex deal. In order not to get stuck with a $5 million tab—the annual cost to maintain the stadium after the Braves leave town—the Rec Authority decided to hold on to FanPlex.

Because such real-estate decisions occurred behind closed doors, residents have complained about the lack of transparency to Fulton Chairman John Eaves, which prompted him to schedule a “listening session” that’s scheduled to take place this evening with Ellis and Fulton Commissioner Marvin Arrington Jr.

As long as FanPlex sits idle, the Rec Authority continues to miss chances to serve nearby residents, according to Peoplestown Neighborhood Association President Laura Beall, who believes the building could be a valuable asset as a neighborhood center. But for now, it’s just another vacant property.

“Folks in the neighborhood are asking why isn’t it available for community activities,” said Beall. “We definitely want something to happen. It seems like this lost opportunity.”