Frolona Farm | Franklin |65 miles southwest of Atlanta
Josh Davis is a farmer. His life is moving things from place to place: Hay from field to barn. Feed from barn to pasture. Cattle and hogs from pasture to slaughter to CSA or wholesale. This morning his maroon Dodge Ram crunches up the steep gravel drive, carrying his 15-month-old daughter, Ona—bleary blue eyes, tousled blonde hair, and one orange moccasin missing from a plump foot—to the remote white clapboard farmhouse with the tin roof where his sister waits to babysit. His wife is out of town on business, leaving Davis to tend to the livestock and the land. Davis’s great-great-great-grandfather, a subsistence farmer, won claim to this clay in the Creek Land Lottery in the 1830s. His descendants built the house in 1890. Davis’s childhood bedroom was upstairs, with a picture window overlooking 1,500 verdant acres specked with timber, pigs, and cows. All he saw back then was emptiness. “I left immediately after high school with no intention of ever coming back,” he says. He fled to college, got an M.A. in philosophy from the University of Louisville, but became disillusioned with academia. Got a marketing job that he lost in the Great Recession, and reluctantly came home in 2009. He found local markets hungry for grass-fed beef and pasture-raised pork. He discovered a tether he didn’t realize was there. “There’s something about being here and working this land,” he says, walking among the herd of cows who’ve come lowing for food. “Besides, if it’s not me, no one else will do this.” As soon as Ona is old enough, she’ll be bouncing beside him in the farm truck, bounding over this red earth, calling pigs and feeding cattle. “I don’t see how she couldn’t get a love for this place,” he says, knowing full well that when the time comes, she’ll move wherever she wants. 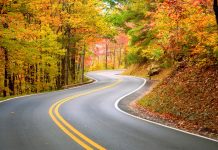 Experience the beauty of fall in the mountains in Franklin, North Carolina 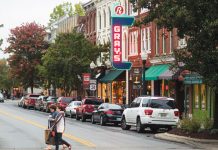 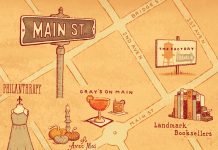