Over more than four decades, John Wieland built an empire of 30,000 homes, but his subdivisions proffered more suburban security than urban panache. That’s all changed since the septuagenarian sold his Smyrna-based company in 2012 and turned his focus to boutique developments. His current pet project, One Museum Place, will rise five stories on Peachtree Street, opposite the High Museum.

Scheduled to open in early 2016, One Museum Place will offer Atlanta’s first newly built luxury condos in several years. Prices will start at $900,000 and climb to more than $3.5 million for three-bedroom units with 5,300 square feet—larger than many estates in neighboring Ansley Park. Exceptional features like Gaggenau appliances and outdoor lanais will be standard. The building, designed by renowned Atlanta architects Mack Scogin and Merrill Elam, will boast enclosed private parking spaces and direct elevator access to units. Wieland and his wife, Sue, major High Museum benefactors, hope to attract fellow art lovers. 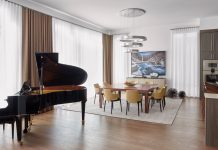 This customized condo dazzles across from the High Museum 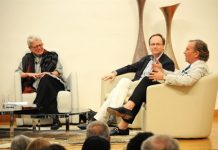 Has Atlanta embraced modernism? A recap of our panel discussion