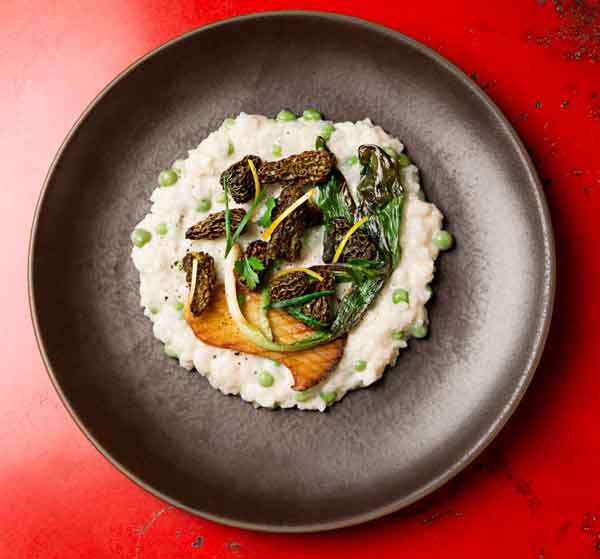 Restaurants in Atlanta have a knack for latching onto trends and clutching them furiously–much longer than in other cities–until the vitality completely withers. So many tapas palaces opened last decade that I can still barely face a martini glass brimming with ceviche without wanting to replace it with straight gin. I’m beginning to have a similar reaction to Neapolitan pizza.

But there are also broader trends that eventually transcend fad to become the underpinnings of our city’s dining style. Two come to mind. The first is our affection for restaurants housed in refurbished industrial settings. Maybe we love them for the sense of discovery they engender; maybe it’s the feeling of history they evoke in a town that doesn’t dwell much on its past.

The second is our penchant for local ingredients. Sure, this is a national obsession, and chefs from both coasts exalted in their bounties before cooks here rediscovered our riches and established lasting bonds with farmers. But now that we’ve reclaimed that connection to an elemental part of our culture, I’m wagering it’s here to stay.

Floataway Cafe pioneered both these touchstones. When Anne Quatrano and Clifford Harrison opened Floataway in 1998 in a renovated warehouse on narrow, hidden Zonolite Road off Briarcliff Road, it became an instant sensation.

Quatrano and Harrison had already seduced the city with their expressive prix fixe menus at Bacchanalia. Floataway’s more laid-back vibe and lower prices allowed a broader audience to experience the couple’s ingredient-driven philosophy. Floataway is where many longtime Atlantans first tasted fried lemon slices tossed among calamari and where they took friends scarred by the canned beets at retro salad bars to try freshly roasted, multihued beets paired with goat cheese. It was a coming-of-age restaurant for the city. It tuned us in to the fine-casual dining revolution whizzing through the nation.

I still love Floataway’s patio, with its turquoise chairs and white lights strung in the trees, but I’m even more taken with how the restaurant’s interior has evolved. The dining room was suave but inequitable for its first ten years. If you snagged a table in one of the partitioned, semi-private rooms overlooking the woods, you felt like aristocracy. But if you got stuck at one of the two-tops along the opposite wall, near the entrance, it seemed like punishment—a heavily trafficked version of social Siberia.

The imbalance changed in 2008, when Quatrano and Harrison expanded the restaurant. They added a second, much cozier dining room connected to the original space by a central bar-lounge area. That bar is one of Atlanta’s great rendezvous hideouts, a soothing alcove of earth tones splotched with sky blues and bright reds. If you’re lucky, vivacious bartender Virginia Ramsey will be on hand to suggest a quencher such as the Bellini made with Prosecco, local strawberries, and lemon—an ideal libation to prime your palate for dinner.

The kitchen draws equal inspiration from the West Coast and Italy, producing rustic dishes where all the fuss happens in the preparation rather than on the plate. Though dishes rotate frequently, the overall tone of the food (mostly comforting, occasionally adventurous) has stayed remarkably consistent through the years—and through the chefs who man the kitchen while the owners oversee their other ventures. Drew Belline, chef de cuisine for the last four years, left in December to open the forthcoming No. 246 in Decatur with Ford Fry of JCT Kitchen. Two chefs, Christopher Martin and Matthew Adolfi, now share the position. Martin was sous chef at Floataway for four years and Adolfi held the same position at Bacchanalia for three, so they clearly grasp the Quatrano-Harrison aesthetic.
The dynamic lineup of starters has always been where Floataway most excels, and it’s a sound strategy to order heavy from this section and go lighter on more substantial plates. Those beets of yore remain, only these days they’re glossed with thick yogurt, scattered with radishes, and buddied up with a ripe hunk of avocado. You could eat this mélange for breakfast. Asparagus was in season during an April meal, and it appeared in a smooth soup with English peas; cut into bite-sized pieces and mingled among the enduring fried squid and lemon slices; and nestled against a coddled egg and lonzino, a salume made from cured pork loin. That brings me to the charcuterie platter, which may be the best in the city (the meats come from Quatrano and Harrison’s market, Star Provisions). Contrast it with a fresh, sharp salad, such as grilled radicchio di Treviso arranged with slivers of strawberry and ricotta salata.
What makes for a standout entree constitutes the biggest change at Floataway. Pastas and pizzas were once meek supporting cast members; now they’re the main draws. We may be overrun with pizza in this town, but these pies have undeniable character—a bready appeal to the dough, balanced sauce, and toppings like fiery Calabrian peppers, roasted artichokes, and crumbled veal and ricotta meatballs. Sauteed gnocchi, browned but still delicate, come in a gorgeous earthen bowl with artichokes, pancetta, and asparagus that meld soulfully. Eating the risotto with shrimp, fava beans, and morel mushrooms elicits the same happy surprise as the first, fleeting days of spring in Atlanta.
Not so the wood-grilled lamb T-bone, a bony affair with too little meat for its $30 price tag and dressed in a thin, muted salsa verde. Georgia quail, though nicely crisp, is pummeled by its overly sweet accompaniments of caramelized onions, shallot mostarda, and Champagne gastrique. Even the roasted chicken, a Float­away mainstay, doesn’t have the same satisfying polarity between crisp, salty skin and juicy meat. The protein-heavy main courses are definitely the growth edge for Martin and Adolfi. Sometimes pacing delays occur around entrees, too.

The staff—mostly warm and competent but with a couple of servers who are more robotic than hospitable—could be more attentive about watching for signs of impatience from diners and reassuring them.

Dessert makes it all better. The cheese plate—full of pungent, intriguing selections—thrills. The crust of a brown butter tart shatters easily, revealing soft fruit (in a recent case, pureed dates buzzed on Marsala). Even ice cream and sorbets—cardamom, chamomile, Pinot Noir, blood orange—reveal unusual attention. Sip a Sauterne or finish the last glass of a bottle from the affordable wine list, and relax a bit before you head out past pruned holly bushes and down the loading dock stairs to the parking lot. Floataway Cafe may have spurred trends thirteen years ago, but it’s still refining itself—and defining local standards of excellence. —Bill Addison
Floataway Cafe
RATING ***
1123 Zonolite Road
404-892-1414

Photograph by Alex Martinez. This review originally appeared in our June 2011 issue.