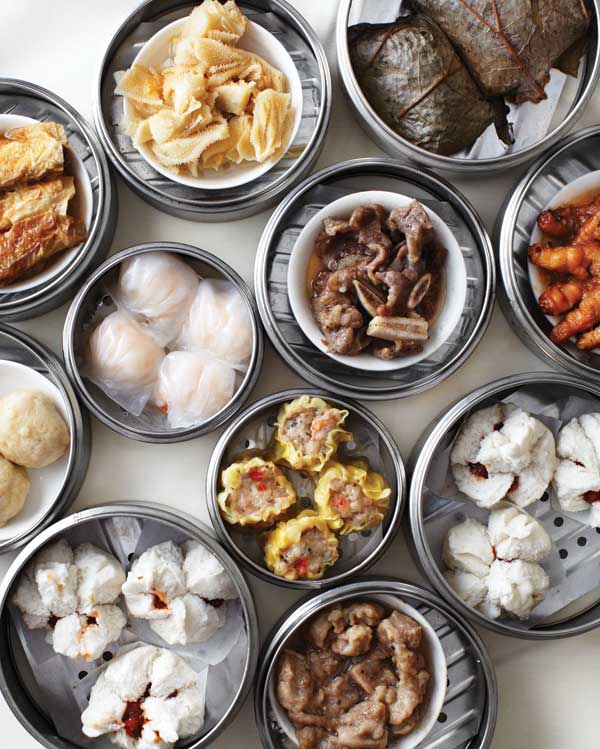 A decade ago, Atlanta’s Chinese food scene went through a tantalizing phase in which Buford Highway restaurant owners would constantly lure away each other’s best dim sum cooks, who swapped loyalties like a culinary Game of Thrones. Out of those competitive switcheroos came impeccably fresh dumplings and other snacky tidbits wheeled through large dining rooms on jangling, tempting carts.

By around 2006, though, monotony settled over the dumpling gangs: Har gau (the translucent parcels containing shrimp morsels) and other standards began to taste blandly similar from place to place. And even in crowded bastions like Oriental Pearl, the steamed items tended to languish so long on metal trolleys that they turned gluey and stuck to their serving baskets as you tried to pluck them out.

In 2007 I lived in San Francisco, one of the country’s epicenters of true-minded Chinese food. I descended into dim sum snobbery. But in November, an Atlanta friend who’d also resided in the Bay Area proclaimed that the yum cha (Cantonese for brunch) at Duluth newcomer Golden House had become a Sunday ritual. I joined her.

We arrived at 11 a.m. and snagged a table near the kitchen to get first dibs on the freshest selections. The cart carrying dumplings came clanging by. We asked for har gau, siu mai (open-faced cylinders of pork and shrimp with fluted wrappers), and a plump variation containing shrimp and chives. Each was taut yet delicate. Jackpot.

Small wonder that Golden House, which opened in September, is already a hit within the Asian community and beyond. One of the grandest Chinese restaurants to open in years, the place lays bare its lofty ambitions. On the left side of the foyer sits a large aquarium, a feng shui classic for attracting wealth. Opposite, on shelves above the register, stand the feline statues borrowed from Japanese culture called Maneki Neko—sometimes known as the lucky cat in English. They mechanically wave their left paws, drawing in customers. Inside, the dining room seems permanently primed to host a banquet. Roomy chairs sport neon-red slipcovers, many of them affixed with giant yellow bows that look like they were ripped off the costumes from Titanic. A flashy crystal chandelier recalls the disco era. Too bad it doesn’t revolve.

To immediately secure its culinary reputation, the restaurant enlisted dim sum cooks from New York to bring some much-needed new blood to the area. And it hired Danny Ting, Atlanta’s most renowned Cantonese chef, to oversee the kitchen. Ting first earned attention at Buford Highway’s defunct Wan Lai, where he introduced his specialty casseroles—braised meats presented in rustic round pots. In 2009 he left for Bo Bo Garden down the street, where he offered a near-identical menu. His recent departure to a formidable new destination in the suburbs mirrors the migration of the affluent Chinese community away from Buford Highway and toward Gwinnett County, where the Asian population jumped 77 percent in the last decade.

His fortes impress just as mightily OTP. “Three kinds of dumpling soup”—shrimp, pork, and vegetable bundles lolling with greens in a clarion broth—feels especially welcome as a first course this time of year. “Crispy garlic flavor chicken” pulls the same heartstrings as American fried chicken: The flesh stays moist, the lightly battered skin yields satisfying crunch, and a confetti of scallions and fried garlic bits adds gentle seasoning. Among the casseroles, the sparerib with taro is a reliable gateway intro. Nubs of pork and earthy root vegetable melting into a puree, with some soft chunks still retaining their shape for contrast, form a friendly meat-and-potatoes stew.

I preferred the sparerib version to two other casseroles I tried. Black pepper oysters were so large they veered to mushiness by the time they reached the table, though I loved the sharp spicing. And while it may be the rage in American restaurants, beware the pork belly: Thick, bacony strips wallowed in a piquant mustard sauce, so the fat wasn’t rendered to crispness and came off blubbery.

The menu includes more than a hundred items, and it can be daunting to wade through roll calls of seafood, meats, vegetables, soups, noodles, and rice dishes. One less-perplexing route: Focus on specials. Among the pages of the English-language menu is a green sheet with only Chinese characters. Of course I wanted the page translated, convinced I was being kept from gastronomic masterstrokes that would enlighten me to the secrets of Cantonese cuisine. One of the servers, most of whom speak sound English, patiently deciphered the descriptions: seafood and beef hot pots, a couple of crab preparations, fish soup with black pepper, whole fish options. Nothing overtly mystical. We ordered snow pea leaves with crab and tilapia with chile sauce, as well as a lamb hot pot mentioned among a list of additional specials posted near the entrance.

A blanket of soothing, crab-flecked egg white—like egg drop soup in sauce form—crowned the snow pea leaves. They weren’t awfully tender, but honestly, it was before their peak growing season. The pico de gallo–like chile sauce over the fish tingled slightly but proved way milder than the scorching versions served at Sichuan restaurants like Marietta’s Tasty China. Farmed, ubiquitous tilapia may not rank as the most enticing fish choice, but at $16.95, it was the cheapest. During a previous meal, I’d requested a beautifully cooked black grouper steamed with ginger and cilantro that weighed in at two and a quarter pounds and ended up costing slightly more than $50. (It should be noted that dozens of entrees at Golden House cost less than $10.) The hot pot was the find that chilly day, a gurgling potage with crunchy bamboo shoots, lacy tofu skins, dates, and goji berries bobbing among gently gamy pieces of lamb.

We devoured these plates at a late lunch that began with dim sum, which is served daily. Unfortunately, most of the dumplings had withered by the time we arrived. Lesson learned: Come early. Dumpling lovers should really plan visits for Sundays, when the kitchen unleashes its most extravagant breadth of options. And better make it soon. While Ting is a partner in the restaurant, which will hopefully entice him to stay put for a while, I can see Golden House’s success inciting a renaissance of the local dim sum clashes. There’s no telling how long these skilled dim sum cooks will stick around before competitors start coaxing them away. —Bill Addison

Photograph by Greg Dupree. This review originally appeared in our January 2012 issue.