Home Uncategorized Steven Satterfield: The evolution of a chef 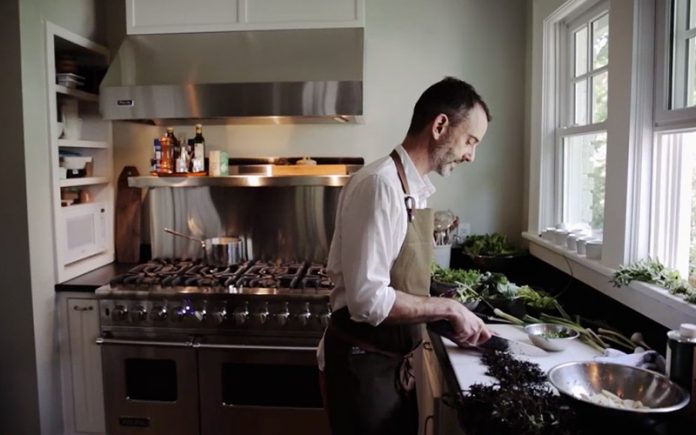 As executive chef of Miller Union, Steven Satterfield has earned praise from critics and diners, a nomination from the James Beard Awards, and published the cookbook Root to Leaf: A Southern Chef Cooks Through the Seasons.

But Satterfield’s journey to kitchen acclaim (and a passion for seasonally themed menus) is an unlikely one. In this introductory video to our series, he explains his path from studying classical music to enrolling Georgia Tech (where he studied architecture) to touring with a band to eventually working behind the stove. Design, music, and food are connected, he says: “You have that dichotomy where you have to have that certain technique and technical abilities—and then there’s the creative side and creative process in making things.”

He also talks about being diagnosed with—and successfully treated for—testicular cancer, and how that experience that made him focus on “things that matter to me.”