Eleanor “Sandy” Torrey West turned 102 in January, and she still lives in the pink stucco Spanish Revival mansion on 26,000-acre Ossabaw Island, which her parents bought in 1924. West and her husband Clifford once hosted retreats there for artists and thinkers like Ralph Ellison and Harry Bertoia. Rising maintenance costs forced her family to sell to the state in 1978 for half of the island’s $16 million value (the other half was a gift), creating Georgia’s first heritage preserve. They insisted the island be used only for natural, scientific, and cultural study. For more on West, read Jane Fishman’s new book, The Woman Who Saved an Island. 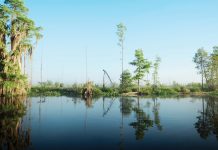 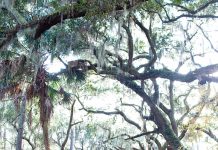 23. How to visit Ossabaw Island 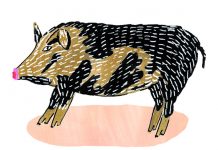