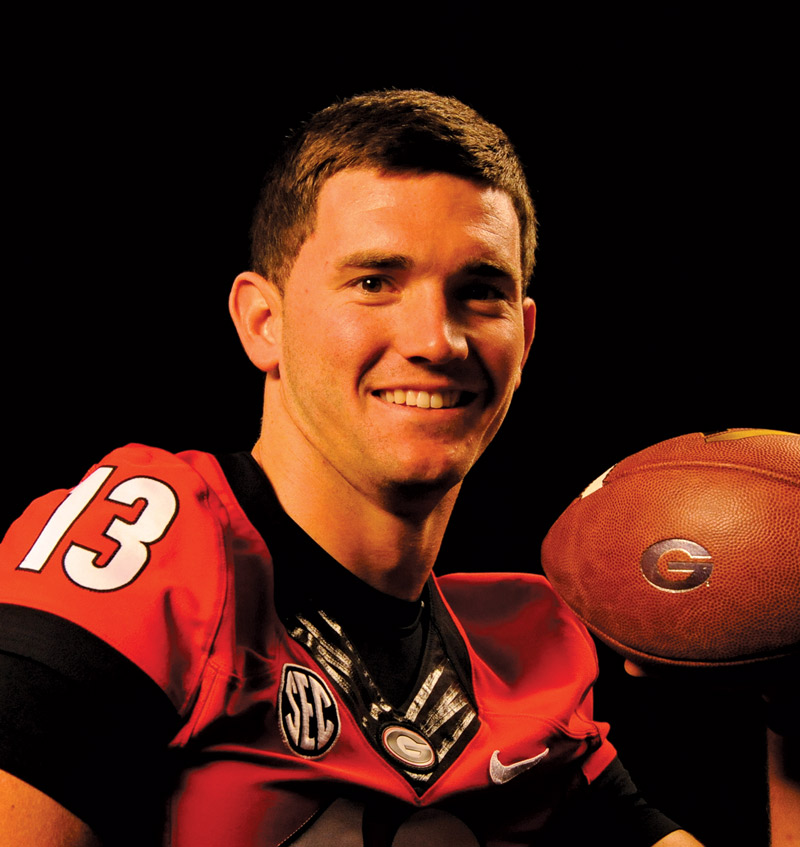 “I always try to make it over to Southern Brewing Company. They have cornhole and space for the dogs to run around, and they set up a really huge screen outdoors to watch the game. My favorite beer there is the Red and Black. It’s a nice, light drink that breathes UGA spirit.”

“There’s a special drink called the Clemson Goodnight that you can only get at TD’s of Clemson. They’ve got the best wings in town. And you’ve got to go to Study Hall. It used to be a bookstore, and they turned that thing into a bar. It’s an awesome atmosphere and has a huge dance floor.”

“Market Square in downtown Knoxville is where everything happens. From there, I go to Calhoun’s on the River. It’s always a fun vibe on game day because you get to see a good portion of both teams’ fan bases, and there’s so much to do right there on the water, like tailgating and watching the Vol Navy.”

“The ultimate place to spend your time in Baton Rouge before a Saturday night in Death Valley [aka Tiger Stadium] is Walk-On’s Bistreaux & Bar. It has the energy of a stadium and the food of a five-star restaurant. I start with the waffle cheese fries, move right along to the catfish atchafalaya, and finish it off with Krispy Kreme bread pudding.”

“A few of us former teammates and other former players set up a tailgate about four blocks from the stadium on Bear Bryant Drive at JD’s Spirits. We have a big tent and a satellite feed so we can watch the game. We stay around and tell stories about Coach Bryant, and anybody can stop by. Just bring a sandwich and a beer, and have a good time.”