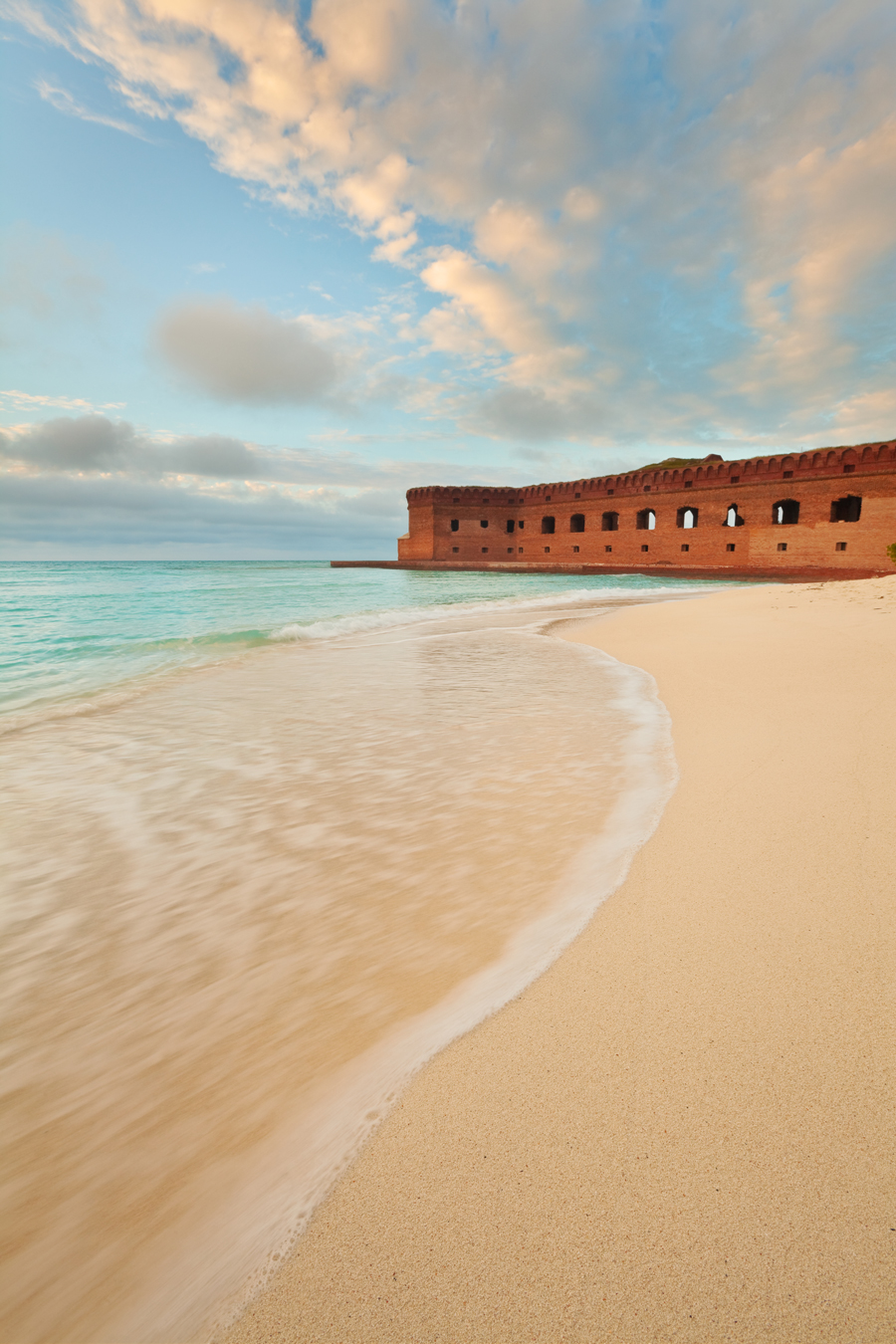 A remote bird and marine-life sanctuary, Dry Tortugas National Park is centered on a chain of seven small islands about seventy nautical miles west of Key West, Florida. Spanning some 64,000 acres (most of it open water), the park is accessible only by boat or seaplane. Intrepid visitors are rewarded with unspoiled beauty, abundant wildlife, and the opportunity to explore Fort Jefferson, the largest all-masonry fort in the United States. Guests may also swim, snorkel, and scuba dive in the park’s crystal-blue waters and along the pristine coral reef.

Located along the main shipping channel between the Gulf of Mexico and the Atlantic Ocean, the Dry Tortugas island chain has long been heavily traveled (not surprisingly, it has seen hundreds of shipwrecks). In the mid-1840s, the U.S. Army began construction of Fort Jefferson on Garden Key to protect the vital shipping channel.

Due to a number of factors, including hurricane damage and the development of cannon that could penetrate the fort’s walls, Fort Jefferson was abandoned in 1907. In 1935, President Franklin D. Roosevelt named Fort Jefferson a national monument. The monument’s boundaries were expanded in 1983, and in 1992, it was redesignated Dry Tortugas National Park.

Camping Garden Key’s ten primitive sites ($15 a night) are first-come, first-served and have picnic tables and grills. The Yankee Freedom Ferry provides transportation to Garden Key. (Bonus: With virtually no light pollution in the park, the stargazing is outstanding.)

Must-See Visit during the spring to see thousands of migrating birds during their stopover on the park’s islands. Dry Tortugas is also one of the best places in the nation to spy wild conchs, which live among the seagrass beds near shore.

Must-Do Snorkel and swim among the easily accessible shipwrecks and coral reefs. Highlights include the expansive Little Africa reef, located off the western shore of Loggerhead Key, and the Windjammer Wreck, a iron-hulled sailing vessel that wrecked on the Loggerhead reef in the early 1900s.

Insider Tip Book your camping trip months in advance, especially during the busy winter season, to secure a campsite and a spot on the ferry.