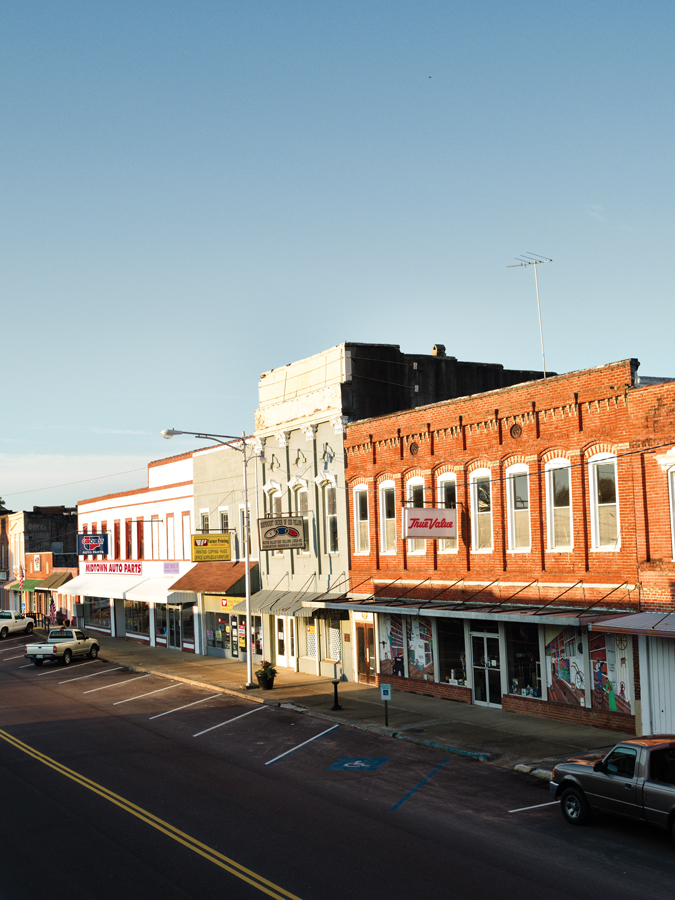 In many ways, downtown Water Valley seems like a time capsule from the early twentieth century. Main Street runs parallel to a historic railway line; brick buildings and awning-dressed storefronts seem ripped from a vintage postcard. One of those stores, Turnage Drug, still spins the same malted milkshakes it’s served since 1905. But though the town seems like a love letter to yesteryear, don’t assume its best days are behind it. Water Valley is a vibrant hub for academics and artists, thanks, in part, to its proximity to Oxford (just twenty-five miles north) and its cluster of art studios, including the mixed-media Yalo Studio and the painting-focused Bozarts Gallery. Old-Fashioned Grocery, despite its name, is just six years old and sells produce and meats in keeping with modern preferences for locally sourced, conscientiously imported products. And in the bones of a former foundry, Yalobusha Brewing Company develops new twists on traditional beers, such as a seasonal blackberry saison. (The taproom is open for tastings Fridays and Saturdays). Blu-Buck Mercantile Hotel / In this town where everything old is new again,  it’s only fitting to book a room on the second floor of a refurbished machine shop. Each apartment-style suite features soaring ceilings and a full kitchen. (888) 829-7076

Crawdad Hole / Fill up on fresh shrimp and crab and, of course, crawfish served at picnic tables in a converted gas station. (662) 816-4006

Water Valley Casey Jones Railroad Museum / Learn about the iron horse that built the town and read stories about Casey Jones, who worked as a fireman along this line of rail. caseyjonesmuseum.com Snooky Williams / When Snooky Williams arrived in Water Valley in 1955, he was twenty-four, fresh out of the army, and looking to start his own clothing store. “At first, the townspeople didn’t know how to place me exactly,” says Williams, now eighty-five. “But I was accepted. They made me feel welcome.” Williams has been paying that hospitality forward ever since. For the past fifty years or so, he and his wife, Mary Lou, have opened their home for an annual spring mixer, inviting around 200 locals, and they always make it a point to send newcomers a handwritten invitation. Williams sold his clothing store in the 1980s and opened an insurance agency, from which he retired ten years ago. But he kept his Main Street office and maintains regular hours chatting up friends, old and new, when he’s not driving around town in his black Chevy pickup, the unofficial Welcome Wagon of Water Valley.