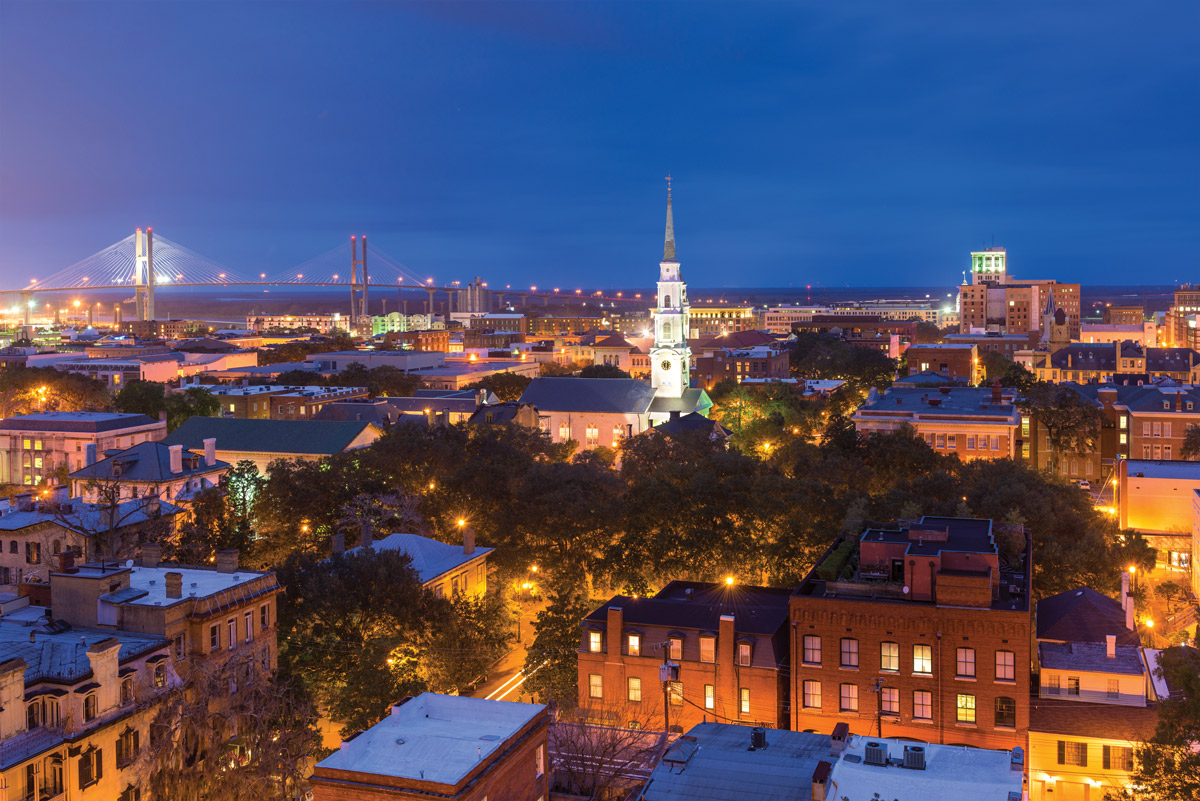 Why is Savannah considered the most haunted city in the nation?
It was actually voted “most haunted” by the American Institute of Parapsychology. We’ve had a lot of tragedy here: major Revolutionary War battles, yellow fever epidemics, four major fires, and violent storms.

Why do the spirits linger?
There are so many reasons—unrequited love, lives cut short, even mass burial practices; unhappy spirits tend to stick around.

What’s the most haunted site in Savannah?
This question touches off debate. Some say 432 Abercorn Street, others say the Olde Pink House, Hampton Lillibridge House, or the Pirates’ House. There are lots of hauntings packed into our historic district. I’d say the Moon River Brewing Company. Once I was leading a tour in the brewery when I had a choking sensation, like the wind was knocked out of me. No one knows who the spirit is, but it’s angry and violent.

Are there other places where one might experience the paranormal?
I’d go to the Marshall House downtown. It was built in 1851 as a hotel. The Union Army used it as a hospital, and it sat vacant for years before reopening. Guests report the sensation of a hand on their forehead, like someone checking their temperature, and there are reports of seeing Union soldiers on all levels of the hotel.

If you want to book a room that may be haunted, what’s the best place?
17Hundred90 Inn & Restaurant has Anna’s room, number 204. It’s popular, so I do advise you book sooner rather than later. But fair warning: Not all guests can stay all night. Anna is thought to be a servant who worked at the inn and killed herself because of her unrequited love for a sailor. She likes to flush the toilet and make the phone ring. She’s drawn to ladies’ jewelry, and rings will vanish, then turn up later. Maybe she’s looking for the ring she never got.

What other ways can visitors pursue Savannah’s spirits?
Order a meal at the Olde Pink House or 17Hundred90, and while you’re waiting for your food, ask your bartender or server to tell you a ghost story. As for haunted tours, you can take them by trolley, quadracycle, or Segway. You can also walk, do a pub crawl, or even ride in a converted hearse. Some are more history-based or geared toward non-believers. Certainly, there’s a tour for anybody who wants any sort of interaction. 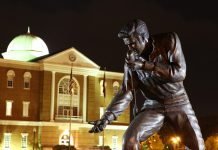 Hail to the King: An Elvis expert gives us Tupelo travel tips