In 1714, an adventurous French-Canadian entrepreneur named Louis Antoine Juchereau de St. Denis pushed into the wilderness of present-day central Louisiana, establishing a trading post along the Red River on land occupied by the Natchitoches Indians. It was the first permanent European settlement in what would become the Louisiana Territory and a crossroads where French, Spanish, African, Native American, and Creole influences combined. This year, the city of Natchitoches (pronounced NAK-a-tish) celebrates its tricentennial, welcoming visitors to discover this cradle of Louisiana’s Creole culture; however, it’s another observance that drew us to this idyllic small town: the twenty-fifth anniversary of the movie Steel Magnolias.

Robert Harling, who wrote the short story and play based on the life and death of his younger sister, Susan, grew up in Natchitoches, and he modeled the story’s fictional setting on his hometown. When it came time to film the movie based on Harling’s adapted screenplay, Natchitoches was selected as the location, and the cast and crew descended on the town.

“I remember a very ‘Hollywood-type’ movie studio exec being concerned about the stars’ privacy while living in our small town during the filming,” Harling says. “I knew there would be no issue. In fact, it was just the opposite. Not much could faze a proud town that was 275 years old at the time. True to form, one of the local grande dames commented on the oncoming tidal wave of huge stars [including Sally Field, Dolly Parton, Shirley MacLaine, Daryl Hannah, and Olympia Dukakis] and production crews. She worried, ‘I just hope all those Californians leave us alone.’

“They were, however, very intrigued by this new girl, Julia Roberts, who would portray my sister Susan’s character of Shelby,” he says. “She stole all our hearts—and the rest of the world’s, too.” (The role would garner Roberts her first Oscar nomination and the Golden Globe for Best Supporting Actress.)

Harling has fond memories of the months the movie was filmed, playing pool with Hannah (who portrayed young hairdresser Annelle Dupuy Desoto) at a roadhouse on the outskirts of town and driving around on Sundays with Parton (who played beauty shop owner Truvy Jones) in search of fried okra. The townspeople also came to embrace the Hollywood crowd, opening their doors and doing all they could to make their new neighbors feel at home. An outstanding local restaurant on the banks of Lake Sibley, The Mariner became the Spago of Natchitoches, says Harling. “Everyone was there.”

“I remember the managers of the grocery stores marveling at all the special requests made by the ‘movie people,’” he says. “At the time, I don’t think the Piggly Wiggly had ever stocked caviar. I still laugh at one grocer’s observation: ‘If it hadn’t been for [director] Herbert Ross, I’d never have known the difference between Osetra and Beluga.’”

In the quarter century since filming wrapped, the movie has become a Southern classic. Many fans can quote the script line for line. So what’s at the heart of its lasting appeal?

“I’ve had twenty-five years to think about this,” Harling says. “The story is true, and despite its very specific setting, the dynamic is universal. My sister and my mother were incredible women. The characters are witty and real; their dialogue is lifted from life. It’s a celebration of spectacular individuals, which reinforces the idea that we can make it through the good and the bad with support, friendship, love, and laughter. In today’s world, that reassurance becomes more and more essential.”

While today’s visitor may not run into Shirley MacLaine (who played crusty grande dame Ouiser Boudreaux) at the supermarket or have the chance to sidle up to Olympia Dukakis (who portrayed Clairee Belcher, the cheery widow) at a local watering hole, most of the movie’s filming locations remain intact, as does the welcoming spirit of the town that inspired Steel Magnolias.

Natchitoches is in fact known as the Bed and Breakfast Capital of Louisiana, boasting dozens of lovely establishments, many of them situated in historic homes. But for the diehard fan, there’s only one game in town: The Steel Magnolia House. Built in the 1840s along the banks of the Cane River, the structure once known as the Taylor-Cook House originally served as a store and is thought to have been a hospital during the Civil War. In 1900, it was moved several hundred yards from its riverfront location to the street where it now stands, and for decades it was a private residence. When location scouts saw the beautiful historic home—and its large trees and swimming pool, which were essential to the plot—they chose it as the Eatenton family home, where Shelby lived with her brothers and parents M’Lynn and Drum (played by Sally Field and Tom Skerritt); many of the movie’s most memorable scenes were filmed here.

In 2003, the home was transformed into a bed and breakfast, and last fall Don and Desiree Dyess—owners of Maison Louisiane, a beautiful bed and breakfast just two houses down the street—purchased and renovated the property. Visitors can count on plenty of Steel Magnolias memorabilia—from costume sketches to behind-the-scenes photos—and can choose from six suites named for movie characters. Of course, they can also reminisce about favorite scenes shot on the property, like Ouiser’s serving of the legendary armadillo groom’s cake in the garage out back.

Steel Magnolias tour maps are available at the house (and at the downtown visitors center), but for the ultimate insider experience, book an hour or a day with local tour operator Barbara Bailey. For $30 an hour, Bailey will tailor a tour to your interests and timeframe, jump in the backseat of your car, and regale you with stories as she directs you on a drive around town.

She’ll take you past the private homes where the cast lived during filming and the house that served as Truvy’s Beauty Spot (she’ll even swing you by the local salon where the original sign now hangs). She’ll point out Aunt Fern’s home and escort you through American Cemetery, scene of the film’s climactic graveside scene, before paying a visit to the adjacent Susan Harling Robinson Memorial Garden. She’ll guide you to the small community of Melrose, just twenty miles from Natchitoches, to Saint Augustine Catholic Church, the first church built by and for free people of color in Louisiana and the setting for Shelby’s wedding. Then it’s back to Natchitoches’s thirty-three-block National Historic Landmark District and the downtown shops, where the wardrobe department purchased clothes for the film’s characters.

And what a downtown it is. Many of the district’s churches, townhouses, and mercantile buildings were constructed in the mid-nineteenth century and represent a range of French and Spanish architectural styles. Today, the historic structures are home to bed and breakfasts, cafes, bars, galleries, boutiques, and the state’s oldest general store, Kaffie-Frederick General Mercantile. Even born-and-bred Harling can’t get enough of it. “To me, downtown is the most special,” he says. “Its cobblestone streets, wrought iron, and classic architecture make it seem like a miniature French Quarter without the strip clubs.”

Running alongside Front Street is Cane River Lake and the Downtown Riverbank, a wide, green lakefront park that is the site of many of the movie’s—and the town’s—annual celebrations. The Christmas carnival in Steel Magnolias was patterned on the Natchitoches Christmas Festival of Lights, a six-week show featuring millions of twinkling bulbs, a hundred brightly lit set pieces floating on the lake, and spectacular fireworks shows every weekend. Natchitoches has put on the festival since 1926, and there’s no better way to cap a wintertime visit.

Harling remembers it fondly. “One of my favorite moments growing up—and I know Susan loved this too—was the ‘turning on the lights’ during the Christmas Festival. It still gives me goose bumps to think about it.

“It was always a chilly Saturday night in December. We’d have just spent the day in a Christmas carnival atmosphere, cavorting with friends and family, stuffed with festival food,” he says. “Festival night, there is a world-class fireworks display, which I remember growing more awesome with each passing year. It’s magic.

“The booms and blasts of color in the sky finish exploding,” he says. “It’s quiet. Then the city turns off all the lights downtown. The huge festival crowd stands in total darkness for a beat, then the Christmas lights pop on. Thousands of people gasp at the dazzling holiday beauty. It’s an amazing moment. It still thrills.” 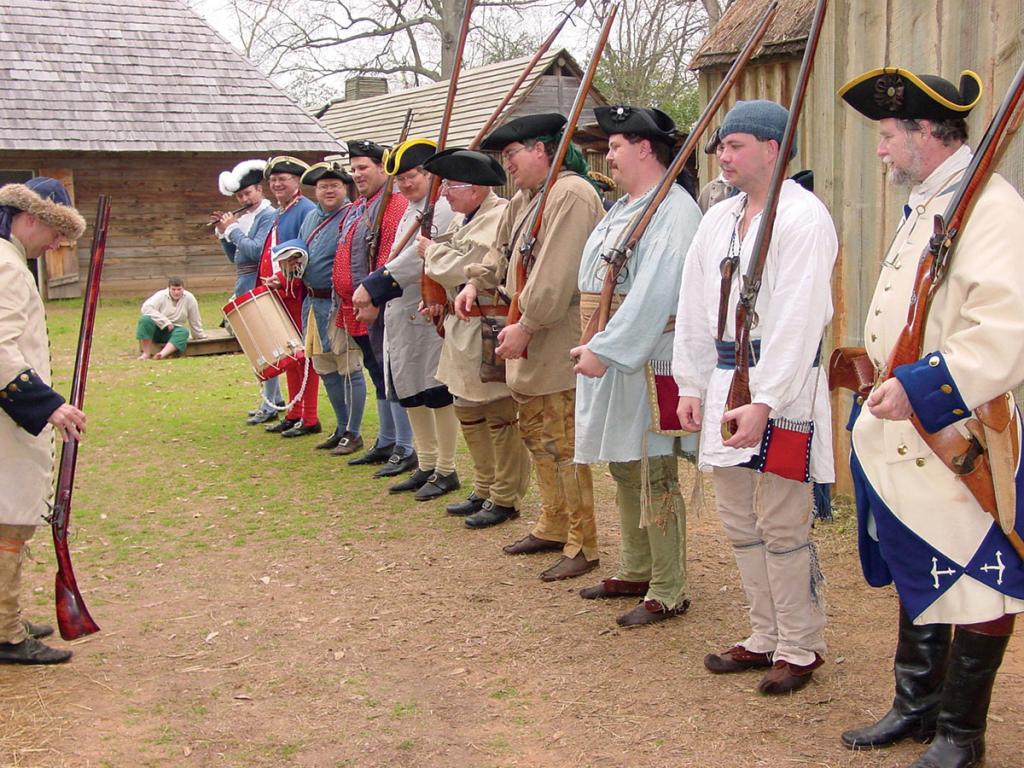 Fort St. Jean Baptiste Historic Site
In 1716, a small company of French colonial troops arrived in the settlement of Natchitoches and constructed Fort St. Jean Baptiste to guard against Spanish advances from the province of Texas. It served as a military outpost and trading center until 1762. Today, a historically accurate reconstruction welcomes guests, who learn about the area’s colonial history through living-history programs and reenactments. 318-357-3101

Kaffie-Frederick General Mercantile
The oldest general store in Louisiana, Kaffie-Frederick was established in 1863 and has been doing business out of its downtown location on Front Street since 1893. Today, shoppers will discover an eclectic selection of goods, from general hardware and vintage toys to Christmas decorations and coffins. Every sale is rung up on the store’s first hand-cranked cash register that’s been in use since 1917. 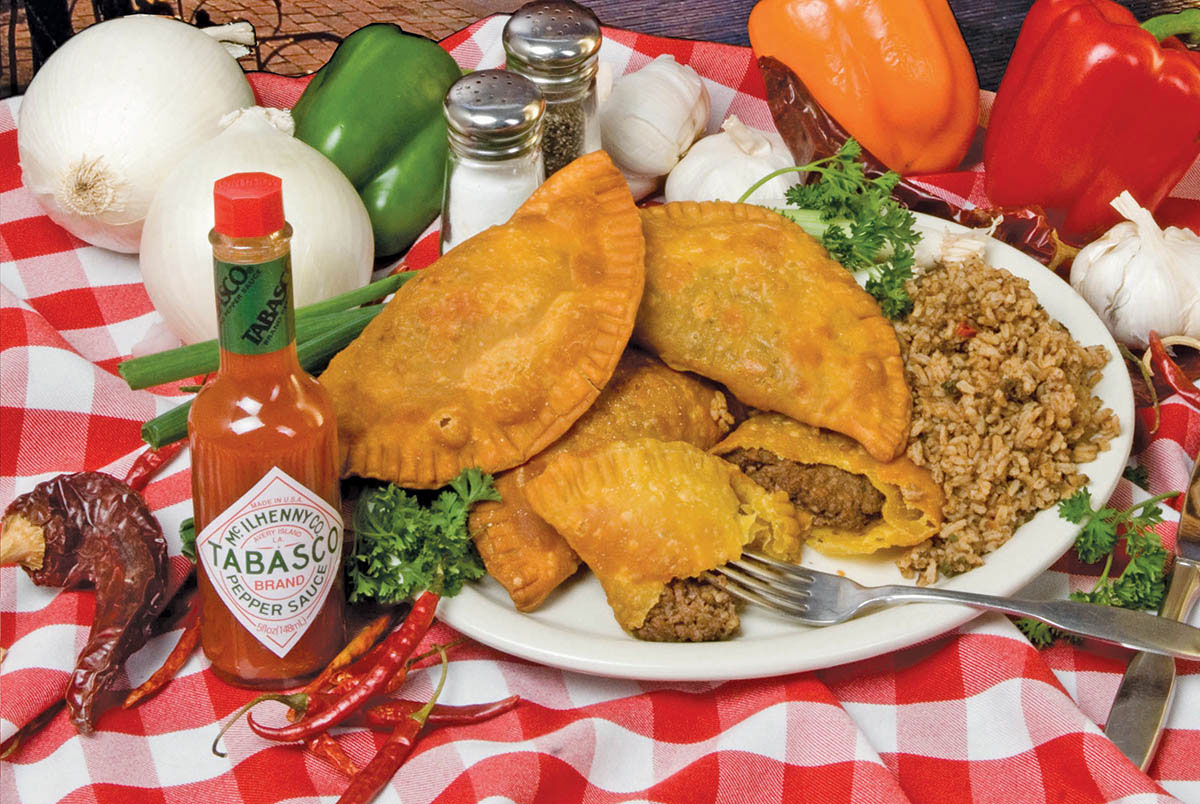 Lasyone’s Meat Pie Restaurant
For twenty-five years, butcher James Lasyone ground meat for the local ladies to use in their meat pies. In 1967, he opened his restaurant, drawing raves for his version of the Creole delicacy featuring spiced beef and pork in a golden-brown turnover. Today, his daughters keep the tradition alive, serving the famous meat pies, along with red beans and rice, Southern-fried catfish, and crawfish pies. 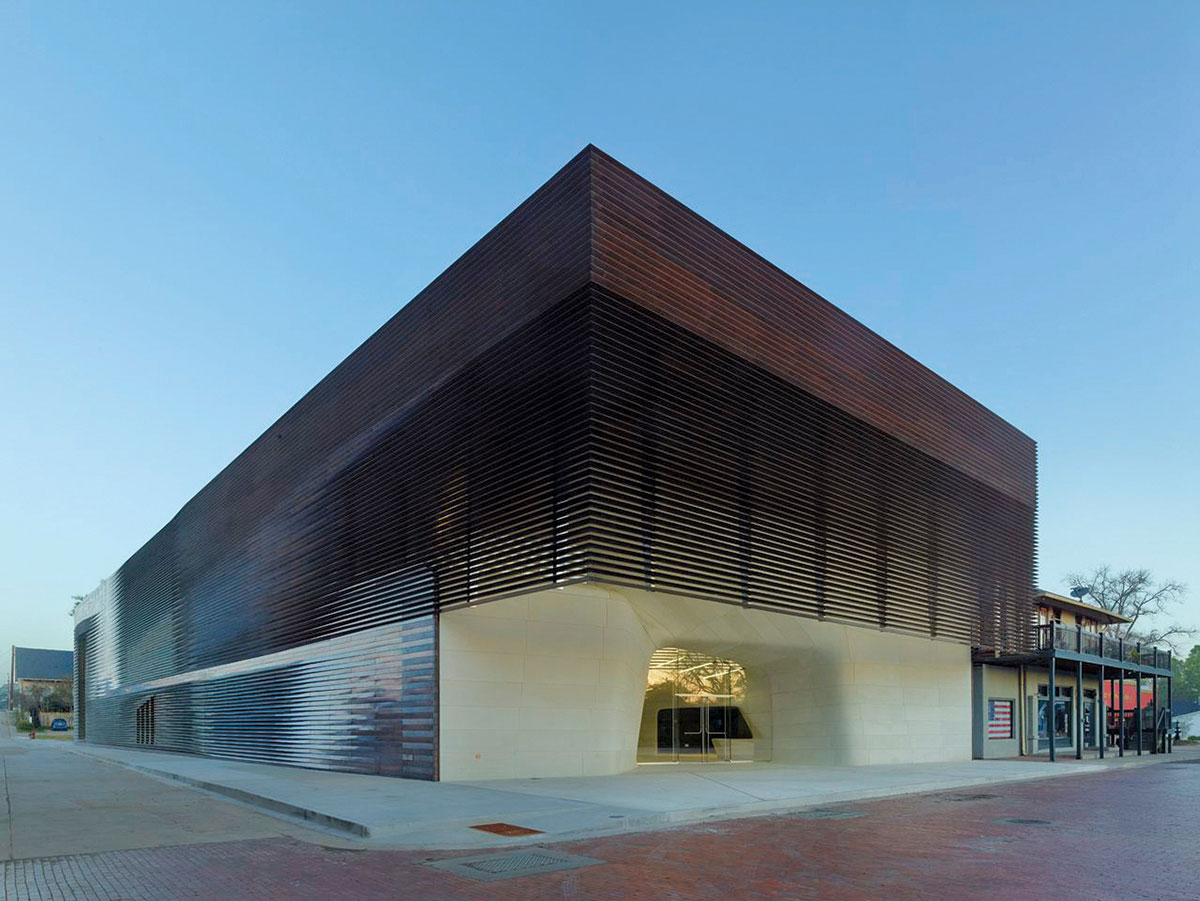 Louisiana Sports Hall of Fame and Northwest Louisiana History Museum
The dazzling new museum showcases the region’s Creole history and leading industries, as well as the state’s top athletes. It also houses a collection of works by Natchitoches native and celebrated Louisiana folk artist Clementine Hunter. The building, designed by Trahan Architects, is itself a work of art, evoking the region’s rivers with sinuous molded-stone interiors and an elegant cypress-plank exterior.