The glittering waters of the Gulf of Mexico lap the shores of the American South, from Florida’s southwestern tip over to Louisiana’s bayou country and beyond. For millions of Southerners, the region is synonymous with spring break and summer vacation. Our guide to the Gulf offers some of our favorite ways to enjoy a getaway to this picturesque shoreline. Find your perfect Gulf town, choose from the coolest accommodations (private island, anyone?), and pull up a chair at the bars locals swear by. There’s even a field guide of sorts for spotting colorful residents and sighting visiting celebs. So dive right in, and find the corner of the Gulf you want to explore.

Favorite Frozen Treats from the Gulf

Get Hooked: Find the Best Fishing Spots in the Gulf

Awesome Resorts in the Gulf of Mexico

Check in at one of these full-service establishments, among the most storied in the Gulf, from the Beau Rivage Resort and Casino in Biloxi to the legendary Loews Don CeSar (aka: the Pink Palace).

Hot Rental Properties in the Gulf

From a palace to a houseboat, check out our favorite luxe weekly vacation rentals on the Gulf of Mexico.

What do Judge Judy, Sheryl Crow, and Derek Jeter have in common? They love vacationing in the Gulf.

The Gulf Coast beaches are considered the best in North America for shelling, and nowhere is this more evident than along South Florida’s Lee Island Coast, a fifty-mile stretch of white, sandy coastline studded with more than 100 barrier islands.

Weight in pounds of the largest tarpon on record, caught and released by a local angler in 2013 off Anna Maria Island, Florida. Sixty miles south, Boca Grande, the “Tarpon Capital of the World,” welcomes sport fishermen looking to land their own prize catch during a series of spring tournaments. bocagrandechamber.com

Number of eggs that will be used to create a Giant Omelette of Friendship in coastal Abbeville, Louisiana, this fall. It’s a nod to Louisiana’s French roots: Napoleon famously requested a giant omelette be made for his troops in Bessieres, France. giantomelette.org

Number of rare dune lakes (composed of both fresh and salt water) along Scenic Highway 30A in Florida’s South Walton County. The only other instances of the phenomenon occur in Madagascar, Australia, New Zealand, and
Oregon. visitsouthwalton.com

Beyond The Beach in the Gulf

Brush off the sand and make tracks for these one-of-a-kind Gulf attractions. 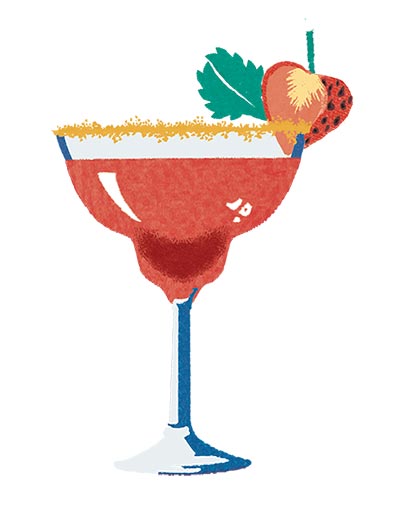