Home Uncategorized Is There an Atlanta Accent? 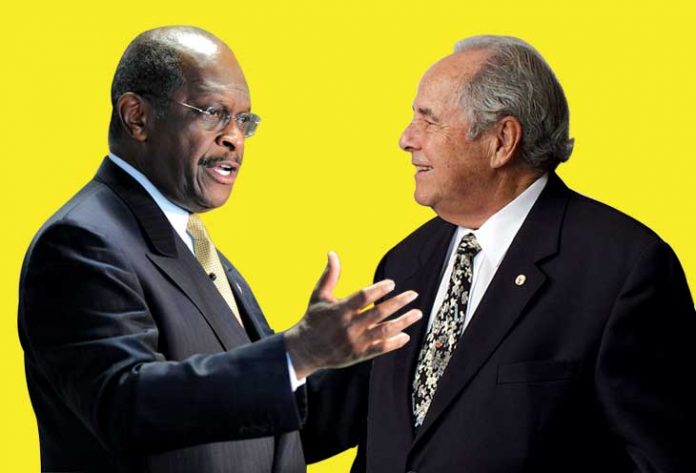 Newcomers to the city who expect to hear Hollywood’s idea of the Southern drawl will be disappointed. A true Atlanta accent—one you could overhear in a barbershop or beauty salon, in an office on Piedmont Road, or at a meeting of the Buckhead Boys—tends to be much more understated than Kyra Sedgwick’s dreadful twangy chirp on The Closer.

Tangible gentleness is a sign of authenticity, notes Allyn Partin, a dialect coach who has worked with actors such as John Cusack and John Goodman. “There is a musicality—it’s not hick or over-the-top Southern belle. The vowels are more rounded.”

An excellent exemplar of Atlanta speech is former mayor and lifetime Atlantan Sam Massell, says Dr. Susan Tamasi, a linguistics professor at Emory University. “[Massell] tends to do what we call r-deletion: When an r follows a vowel, the r is either not pronounced or minimally pronounced.” This, she says, means that the r becomes “slight” in words such as opportunity (opp-ah-tunity) or whatever (what-eh-vah). Often associated with dialects from coastal Georgia and South Carolina, when heard in Atlanta such speech is “generally from [Massell’s] generation and older,” she says. Dropped r’s are the most distinctive pattern in classic Atlanta speech, agrees Partin, who says that when preparing scripts for actors who need to do a Southern accent, a first step is to “just draw a slash in red through every r they need to drop.”

Similarities between British and Southern inflections may explain why some of the most stalwart Atlanta accents on film remain those of English actors Leslie Howard and Vivien Leigh in Gone with the Wind. According to Partin, the r-drop-off and vowel linkage from word to word (father is as fah-thiz, for example) happen here as well as in the U.K.

Another key Atlanta characteristic is a rhythmic feel, which can be heard in businessman-turned-politico-turned-radio host Herman Cain’s speech. “There is a bounciness to it, no staccato,” says Partin. Cain, who grew up in Atlanta, demonstrates especially Southern vowel sounds: “He says the word then with the vowel closer to the vowel in they as opposed to pen, but with an additional schwa thrown in, so it sounds something like they-en,” says Tamasi. Cain also pronounces with as having an f sound at the end instead of th, which Tamasi describes as a “very common feature of African American English heard all around Atlanta.”

Exposure to media, an influx of “new” dialects in cities, and peer influence can make distinctive speech fade, say linguists. As Tamasi explains, “Language is closely related to identity: who you are around, how you present yourself. It can all be completely subconscious.”

Photograph of Cain by AP Photo; photograph of Massell by Gregory Miller. This article originally appeared in the November 2012 issue.