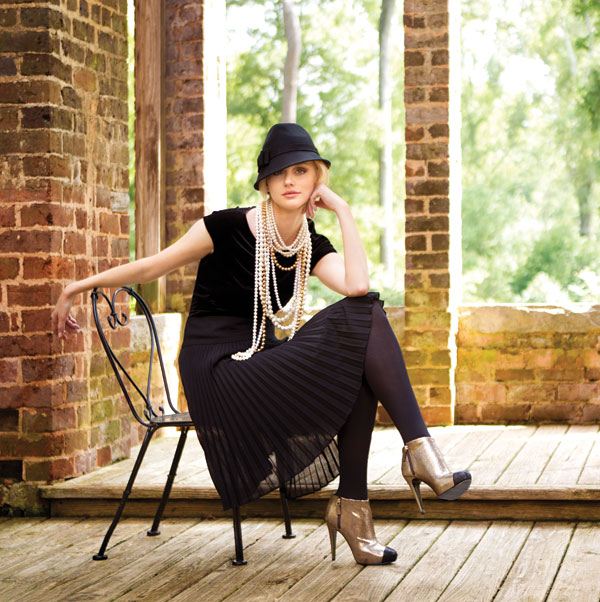 The storybook ruins of Barnsley Gardens’ Italianate mansion in Adairsville are a fitting setting for this fall’s romantic fashions. The season’s runways saw ladylike looks in reimagined shapes, with elegant embellishments and lavish flourishes to give the vintage-inspired silhouettes a contemporary bent. Godfrey Barnsley, a wealthy cotton trader, designed this grand home in the Georgia foothills for his Savannah bride, Julia. Sadly, she died of a lung disease in 1845, before it was complete. Barnsley halted construction for a year until, he said, Julia’s spirit appeared to him in the formal garden, urging him to complete the house for posterity. Barnsley finished the mansion two years later. The estate suffered under Union occupation during the Civil War, and a tornado tore off its roof in 1906. The property fell into disrepair until a German prince, Hubertus Fugger, purchased it in 1988, restored the gardens, and opened the site as a museum. Today it is also the centerpiece of an award-winning luxury resort, with three restaurants, a spa, a golf course, and a hunting plantation. barnsleyresort.com