Raised by a mother who was a church organist and classical pianist, bridal designer Anne Barge spent her childhood attending weddings all over South Georgia. “I’ve known I wanted to design wedding dresses since I was three,” she says. “Since I could hold a pencil, I would sit on the organ bench drawing brides.”

After working a number of bridal wear jobs, including stints at Priscilla of Boston and Saks, she launched her own Atlanta-based company in 1999. Now her eponymous line of wedding gowns is carried all over the world, and she’s become something of a celebrity in the abundant bridal scene. She’s a regular in the Marthas, the Knots, and the reality shows, and garnered high praise from Vogue.com, which dubbed the “pretty-as-a-picture gowns” in her latest collection “exemplars of craftsmanship, elegant restraint, and tradition.”

Barge has always been inspired by the classic, timeless silhouettes of Grace Kelly and Audrey Hepburn, but she knew modern brides wanted flexibility. “When I got started, many designers weren’t modifying their gowns; you had to buy the dress as is,” she says. “But I wanted to be accommodating. You could have unbeaded lace or beaded lace, embroidery or not.”

It’s not the only change Barge has seen lately. In 2014 her longtime coworker Shawne Jacobs and her husband, Steven, assumed ownership of the company. Jacobs has been with the fashion house for 14 years, most recently as executive vice president, and Barge remains on as creative director. (“I didn’t want to retire, but I didn’t want to be in the office doing payroll until I was 103,” she says.) By all accounts, the transition has been, well, seamless.

“Evening wear is very similar in construction to wedding gowns, so it was a fitting next step,” Jacobs says. “And after being limited to white, ivory, and maybe a little taupe here and there, it was so fun to play with color.”

Anne Barge is available in Atlanta at Buckhead Bridals by Guffey’s. 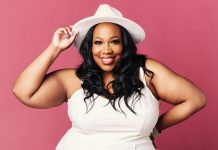