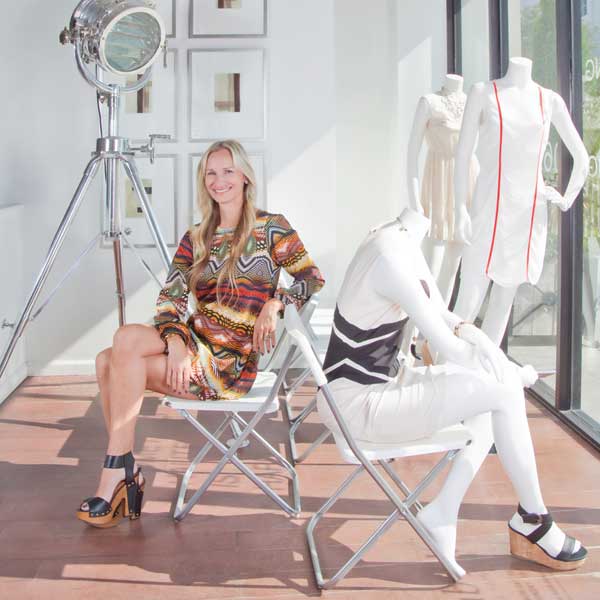 Dana Spinola was a pioneer in making boutique shopping affordable in Atlanta. In 2002 the then twenty-seven-year-old left a computer consulting career to turn her entrepreneurial spirit and passion for style into a business plan. She opened the first Fab’rik in a large, rustic space in Midtown, selling clothes for under $100—a revolutionary idea when frugal fashion meant Loehmann’s. “There was nothing like Fab’rik in Atlanta when I started. I had to go to over a dozen banks with this idea before I got a loan,” says Spinola. Now, with sixteen Fab’rik (pronounced fabric, though she doesn’t mind if you say fabrique) storefronts and franchises throughout the Southeast, the mother of three is celebrating her ten-year anniversary with a new private label.

This eighty-one-piece collection, designed by Spinola, reflects not only her personal “Calvin Klein meets Diane von Furstenberg” style but also what her customers want: versatile and flattering fashion that’s easy to wear. Launched in June, the line includes printed dresses, maxis, and flowy chiffon tops, all in line with the feminine, on-trend store inventory that also includes jewelry, shoes, and plenty of denim. As a bonus, each time an item is purchased, a dress is donated to Haiti.

Spinola has used her boutique as a philanthropic platform since 2009, when she and a friend created Free Fab’rik, an in-store event where women in need can “shop” from donated, gently used clothing without price tags and get dressed by volunteer stylists. This event, which attracts hundreds of donations and volunteers, is held multiple times each year at some of her locations. fabrikstyle.com; freefabrik.org

This article originally appeared in our July 2012 issue.