“Man can be transformed if he can express himself,” says Daniel Porcelli, pulling perfectly shined oxfords from a dust bag. To chat with the Argentina native and cofounder of Atlanta-based label Cobbler Union, which will open its first store in Inman Park this month, is to fall in love with fine shoes.

Handcrafted in Spain in small batches, Porcelli’s “bespoke-inspired” men’s shoes retail for a fraction of the cost of most luxury footwear. Jazzy brown-and-white spectators, with top-grade leathers and oxblood quilted insoles, go for $425; grained leather double monkstraps for $395; a summer line of colorful soft suede drivers for $195. Made-to-order options start at $495. All have a distinctly European style, with lean silhouettes and elegant details.

Porcelli earned an MBA from Emory in 2003, but his entrepreneurial career in footwear began nearly a decade later when he invested in a bespoke shoe-making atelier in Barcelona. The company catered to an uber-exclusive customer who could pay $4,000 for a pair of shoes made precisely for him. Porcelli was inspired by the craftsmanship and eventually took over as CEO.

But in 2013, he started to think: Not a lot of people can afford $4,000 shoes. Plus, he says, the established luxury shoe industry had become controlled by a few powerful European conglomerates. The prices were astronomical; at the same time, the brands had lost some of their made-by-hand soul. Roused by the recent success of direct-to-consumer retail businesses like Warby Parker, Porcelli figured that by cutting out the middleman and selling online and through his own stores, he could make a handmade ready-to-wear shoe more attainable.

Porcelli creates the designs, but don’t call him a designer. He’s a shoemaker. In Spain, Cobbler Union has two full-time employees, a cofounder and master shoemaker who oversee a team of artisans at several small, family-owned factories. The name Cobbler Union is a nod to those craftspeople—mostly older men and women who have spent decades learning the trade—who painstakingly assemble each chukka, loafer, and driver by hand.

E-fashion may seem a more natural fit for New York or San Francisco than Atlanta. But Porcelli, who lives in Decatur, is committed to keeping his company based here. “It’s home,” he says. He and his business partner and marketing director, Stephen Beehler (who discovered Porcelli in the Emory alumni magazine), manage Cobbler Union out of a Grant Park office. They ship all over the world, thanks to attention from cult menswear blogs like Parisian Gentleman. But with their first shop, they plan to make a big footprint right here. 312 North Highland Avenue

Atlanta’s L.E.A.D. nonprofit gets its own Adidas shoes 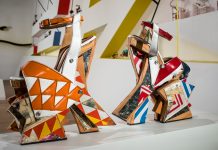 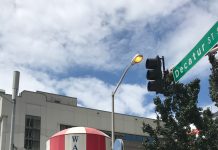 The legacy of Walter’s Clothing