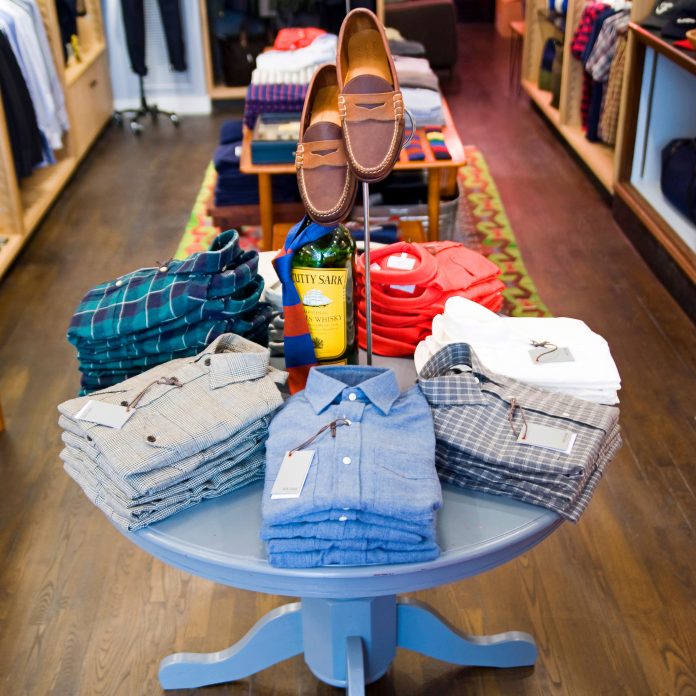 Kate Spade and her husband Andy launched their line of men’s bags, Jack Spade, in 1997. Now the brand known for its preppy-meets-hipster style offers a full clothing line. Kate and Andy sold the business to Fifth and Pacific Companies in 2010, and Irish-born designer Cuan Hanly, who has been with Jack Spade since 2008, took the reins as creative director. Having previously managed an eponymous line and held a similar role at Original Penguin, Hanly is leading Jack Spade as the company opens its first Southern storefront in Atlanta. 1170 Howell Mill Road, 404-815-1551, jackspade.com

Why did you decide your next location needed to be Atlanta? We are expanding our retail presence in the best shopping districts throughout the United States. Atlanta was an easy decision. We love the aesthetic of the Westside Provisions District; the area has a great masculine feel.

What about your style appeals to Atlanta? The Jack Spade customer is very similar throughout the world. It’s about him being interested in functionality, traditional craftsmanship, modern aesthetic, and a sense of humor.

Did you change anything about your store to appeal more to Atlantans? No, but we’re bringing the lending-library concept that we have in our other stores. Customers can borrow books, bring them back, or pass them on.

What are the most popular items you sell in the South? As this is our first freestanding store in the South, we still have to build up our history there. But based on our experience with our fantastic wholesale partners, I would say that bags is our biggest category. Having our own store will allow us to show a much broader selection, specifically our apparel collections.

What are your views on Southern fashion? A gentleman, not afraid of color and that little extra flair—so it’s a perfect match for the Jack Spade style.

You’re opening in the same district as other menswear powerhouses Billy Reid and Sid Mashburn. Do you feel this is helpful or hurtful to your business? We have great respect for both Sid and Billy, as they are such tremendous ambassadors for the U.S. menswear industry. I can only see it being helpful for the customer, having us all in one location.