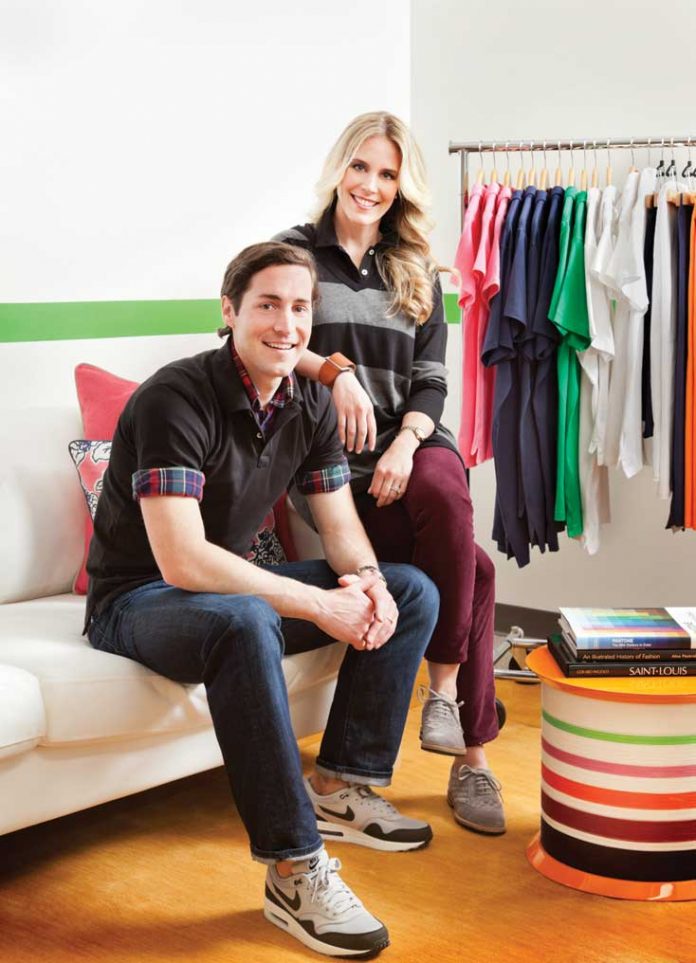 In early 2010 Jared and Katherine Petty MacLane set out to take the polo shirt, a standard of American fashion, and transform it with European luxury. Their company’s costly garments—with a sticker price of $155 for women and $175 for men—quickly caught the attention of Forbes.com and the Wall Street Journal, which broke down how much each polo costs to produce (for the record, it’s $29.57, which grows to $155 with standard industry markups).

“We wanted to create a classic piece that could go into any person’s wardrobe and have the longest shelf life,” says Jared. “We both owned a lot of polos from other brands, but that perfect polo wasn’t out there.”

The husband-and-wife team, both in their early thirties, met in 2004 while working in sales for Hermès in Beverly Hills, where they became well versed in the art of branding and what goes into manufacturing a high-end product. Married at Sea Island in 2009, they returned to Georgia in late 2011 to establish their offices in a city with easier access to their manufacturing facility in New York.

So what makes these polo shirts so much more expensive than well-known brands like Lacoste and Ralph Lauren? Fabrication and construction. The KP MacLane polo is made from a unique blend of French cotton, elastine, and modal, which helps the shirt drape gracefully and hold its color. “If you’re going to wear it often, it has to be the softest against your skin. And we found this combination creates the best feel,” says Katherine. The fabric is custom-dyed in France and then sent to Brooklyn for production. Shirts are shipped to Buckhead for distribution.

Though using traditional collars and plackets, the MacLanes updated each element. For example, Katherine says, “The placket on the women’s polo is lower to showcase jewelry without showing too much skin. Also, the collar isn’t ribbed and stiff.” In a niche built on prominent logos, the MacLanes opted not to display theirs. The goal is to be “ageless, not trendy,” says Katherine.

The brand is sold in luxury-resort markets like Nantucket and Bermuda, as well as online. All polos are shipped in linen laundry bags that are handmade in Vietnam. Right now the MacLanes sell only adult polos, but they have plans to launch new products later this year. Says Jared, “What we’re trying to do is revolutionize the classics, one piece at time.” kpmaclane.com