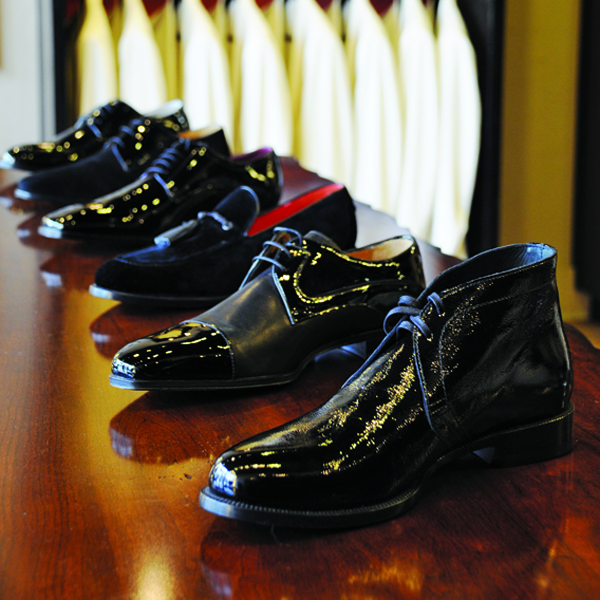 If you see an actor donning Halston at the Oscars on the 27th, he may have gotten the outfit from the Los Angeles branch of Rik Ducar. Based in Virginia-Highland, the men’s formal wear shop started carrying the hard-to-find brand in late 2010 and has already garnered celebrity clients as a result, including Chris Pontius, whom it outfitted for the red carpet premiere of Sofia Coppola’s Somewhere. Eponymous owner Rik Ducar jumped at the chance to bring on both the brand’s high-end tuxes from its main collection and its more playful Halston Heritage jackets. “It is probably the most exciting new men’s clothing brand to come down the pipe since John Varvatos hit the scene,” explains Ducar.
Taking on Halston is just the latest update for the two-year-old local boutique. In August 2010, it opened the Los Angeles storefront, and in November it changed its name from Le Tux Shop. As for the future, forty-five-year-old Ducar hopes to accomplish a lot by this fall, including opening a store in Shanghai; publishing a book about styling weddings, tentatively titled 20 Grooms; and launching his own line of cotton and linen suits. The shop will continue to carry its classic brands, such as Hugo Boss’s red label suits, Harrys of London Italian leather shoes, Tateossian cuff links, and shirts and ties from Turnbull & Asser, the British label that adorned Bond from Connery to Brosnan. 1060 Saint Charles Avenue, 404-228-0385, rikducar.com
This article originally appeared in our February 2011 issue.
Advertisement