If you missed Oscar de la Renta, the inaugural show at SCAD FASH, you won’t want to skip the current display. The new fashion museum at SCAD’s Midtown campus recently opened its doors for two distinct exhibitions: A Fashionable Mind: Photographs by Jonathan Becker and Daniel Lismore’s Be Yourself; Everyone Else is Already Taken.

The first is an exhibition of 66 photos by photographer Jonathan Becker, best known for his work for Vanity Fair. The photos, a mix of editorial and documentary snaps spanning 30 years, were curated by SCAD FASH’s executive director, Alexandra Sachs. They’re often fashion-based—portraits of Zac Posen, Andre Leon Talley, and Valentino—but not always (see: editorial images of celebrities and wealthy powerhouses like Atlanta’s own Anne Cox Chambers).

The simultaneous Be Yourself; Everyone Else is Already Taken features 32 one-of-a-kind ensembles recreated from the everyday wardrobe of the over-the-top London-based stylist, designer, and creative director Daniel Lismore. The exhibition—which is almost overwhelming—is set up like a terracotta army with the final piece a grandiose emperor look. Each mannequin wears a sculpture cast of Lismore’s face, complete with hand-painted makeup. In all there are nearly 3,000 pieces, from refurbished World War II helmets and Philip Treacy hats to armor and quirky, pop-cultural items like a King Kong hand. His creativity seems to know no bounds, incorporating high-fashion pieces from friends like Alexander McQueen and Boy George, but also Maasai jewelry, Scottish kilts, and a Pakistani wedding dress.

Lismore’s interest in relics may have roots in the antiquities shop his parents owned in his youth, says curator Rafael Gomes. (Gomes met Lismore while working as an archivist and exhibition coordinator for Vivienne Westwood, another Lismore favorite.)

Lismore’s ornate styling can be seen in music videos and album covers for Azalea Banks and Iggy Azalea, among others. This, too, is quite a performance. The exhibition includes a slideshow projection of 400 of Lismore’s selfies, showcasing his signature red lip and out-of-this-world creations. With so much detail and grandeur involved in the execution of this exhibition, it’s one that definitely speaks for itself.

Both exhibitions run through April 1. For ticket pricing and museum hours, visit scadfash.org 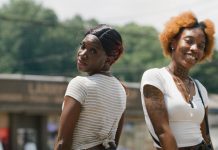