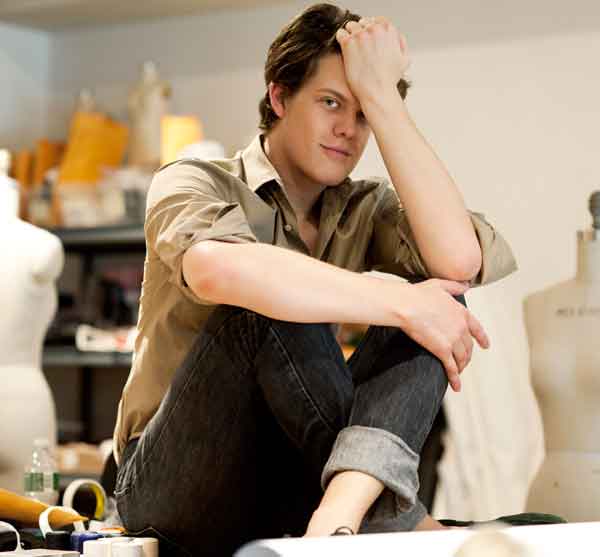 He’s only twenty-five, but designer (and Atlanta native) Wes Gordon has already made quite a name for himself in high fashion. Fresh off his fourth New York Fashion Week, Gordon’s ready-to-wear pieces—whether it’s a sexy lace blouse made sweet with the addition of a vibrant yellow bow; python high-waist trouser shorts and a sharp-shoulder jacket; or evening wear in bold coral hues—continue to attract more admirers. This year alone, Gordon has been profiled in Vogue and Marie Claire, while his designs are selling at stores like Harrods and Bergdorf Goodman.

Gordon’s Buckhead upbringing (he attended the swanky Lovett School) exposed him to the sophisticated and classic style of a Southern woman. “There is drama, romance, and elegance in the South unlike any other place,” he says. “From the gardens to the houses to the people to the food, Atlanta is a continual source of inspiration.” Gordon studied design at the Central Saint Martins College of Art and Design in London, whose alumni include John Galliano and Alexander McQueen. Gordon spent his summers interning for Tom Ford and Oscar de la Renta, building his clientele by dressing his friends and local socialites for events. His final collection prior to leaving school, known as the Glass Collection (his only avant-garde assemblage, which included blown glass as part of his designs) was the final runway act for the college’s press show. In 2009 Gordon came to New York, where he spent months creating his first collection, comprising just nineteen looks. He presented his designs in a St. Regis hotel suite to numerous fashion buyers during Fall/Winter 2010 Fashion Week, which led to a few stores picking up his items. Now, only two years later, Gordon is producing upwards of twenty-five looks per season. Locally his creations can be found at Neiman Marcus at Lenox Square and Saks Fifth Avenue at Phipps Plaza. His designs include delicate silk blouses, velvet dresses, and structured blazers that range in price from $775 to $7,000. wesgordon.com