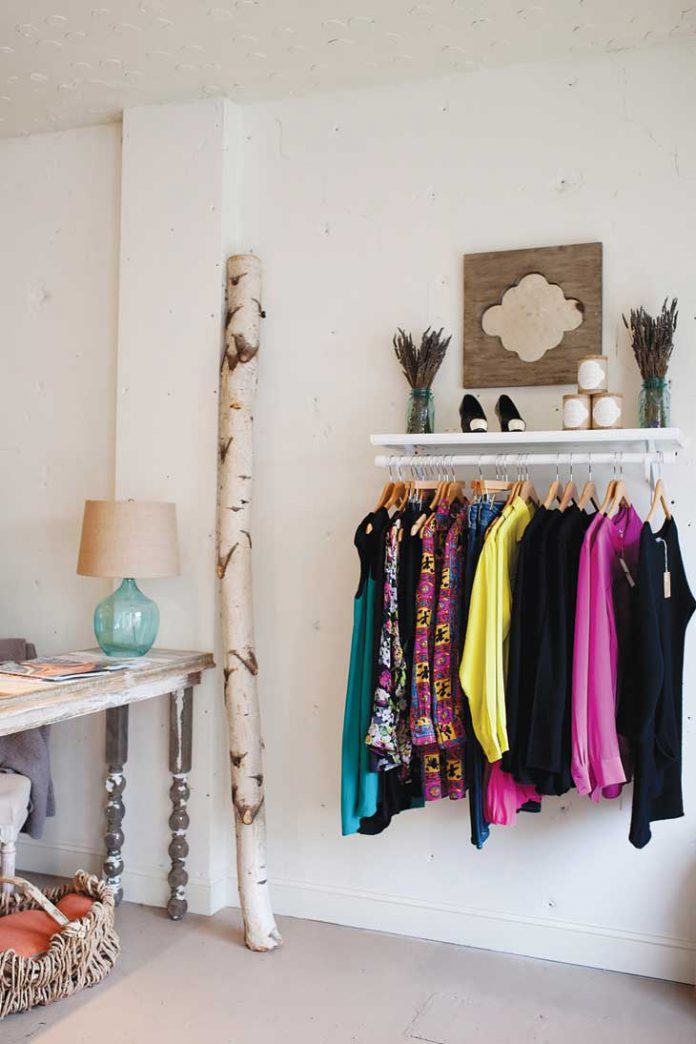 Westport is not just another preppy Connecticut town. A longtime magnet for glitterati from F. Scott Fitzgerald to Paul Newman, it’s an artsy place heavily influenced by nearby New York City. So its style is classic and comfortable like other wealthy New England enclaves, but with artistic and fashionable flair. It’s a sensibility not unlike Atlanta’s, which is partly why native Georgian Emily Bean christened her new Roswell Road store, W.port, after the coastal town where she spent much of her childhood.

Born in Atlanta, twenty-nine-year-old Bean moved to Westport in fourth grade with stepmom Pat Mastandrea. She came back south to attend Ole Miss and has made Peachtree Hills her home for the last five years. Mastandrea still lives in the 200-year-old farmhouse where Bean grew up, but the duo collaborated on the new Buckhead boutique, which occupies the real estate between popular shops Pieces and Southern Traditions. Opening her own store was a natural progression for Bean, who has worked in retail—including Atlanta’s Intermix and Deka—since she was fifteen, in addition to logging multiple New York fashion internships.

“Last Christmas we sat at dinner, and I asked her what she wanted to do with her life, and she said she wanted to open a store,” says Mastandrea. “We clinked our glasses and got on roller skates to start this store.”

Fast-forward through an exhausting eight months of stripping drywall and hanging light fixtures themselves until W.port opened its doors in August 2012. “This store is a direct reflection of my personal style: relaxed, timeless, and multigenerational, with a touch of European sensibility.” says Bean. “The W.port customer wants to invest in classic basics like structured blazers, cashmere sweaters, and printed scarves they can wear year after year. There really isn’t anything trendy in here.” Beloved brands like Vince and Mother Denim are carried next to lesser-known lines such as Red’s Outfitters, DemyLee, and American Colors, which makes a versatile tunic that retails for $175 and has become the store’s most popular item. W.port also stocks a small inventory of vintage pieces from Mastandrea’s personal collection, like a 1940s Gucci dress and a rare Chanel handbag. The women plan to launch e-commerce by month’s end, as well as a private W.port label next year. 3232 Roswell Road, 404-565-1644, shopwport.com

This article originally appeared in our December 2012 issue.