Home Fun 3 Atlanta summer festivals to keep on your radar 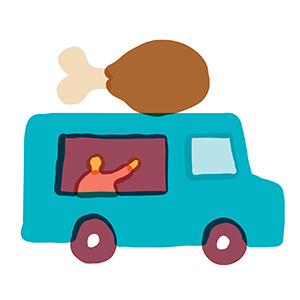 If you like Atlanta Food & Wine Festival, try . . .
Atlanta Street Food Festival
The Atlanta Street Food Festival is the biggest gathering of food trucks in the Southeast. While the Atlanta Food & Wine Festival brings together renowned local chefs such as Kevin Rathbun and Ford Fry, the former is a decidedlymore democratic culinary affair. At the daylong, family-friendly event, more than thirty trucks—including Atlanta favorite King of Pops—will serve up food at Piedmont Park alongside local artisans and live music performers. July 12, noon–8 p.m. Tunes from the Tomb
Everyone knows Music Midtown, the annual fest that attracts both regional bands and iconic groups, but more under the radar is Tunes from the Tombs, a truly original event at Oakland Cemetery that mixes music with history and philanthropy. Find musicians from jazz, folk, rock, and classical on two main stages, and buskers performing vignette sets in and around the cemetery’s sculptures, mausoleums, and gardens. Proceeds benefit the Historic Oakland Foundation. June 14, 1–8 p.m. If you like Piedmont Park Arts Festival, try . . .
Marietta Art in the Park
People rave about the diversity of artwork at the Piedmont Park Arts Festival, held annually in one of the city’s most beloved outdoor spaces. On a smaller scale is its lesser-known counterpart, Marietta Art in the Park, which offers paintings, photography, sculptures, woodworking, and jewelry from some 175 artists, on view around Glover Park and Marietta Square. There’s also a walking tour for history lovers. August 30–September 1, 10 a.m.–5 p.m.

This article originally appeared in our June 2014 issue under the headline “Three other festivals.”