Home Style Are you Southern enough for seersucker? 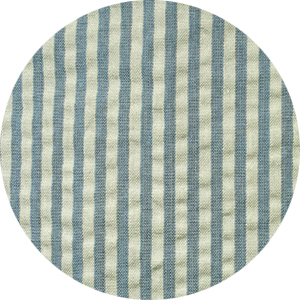 I’ve seen two Atlanta summers since moving from the Midwest, and I am not sweating through a third. So it’s time to invest in a Southern suit. I asked Gary Modlish at Billy Reid to help me endure the swelter in classic cool.

Verdict
There’s a reason you only see kids and older men in seersucker, and even then, usually at horse races, weddings, and social events. For the twenty- and thirty something man who has to wear a suit to work instead of just on special occasions, practicality is key. Look for me in linen—unless my boss will let me by with a seersucker jacket and jeans.