Betsy Riley - July 21, 2021
Every specialty has been affected by Covid-19. We talked with six of our Top Doctors about how the healthcare system should or will change as the world starts back up.
Read more 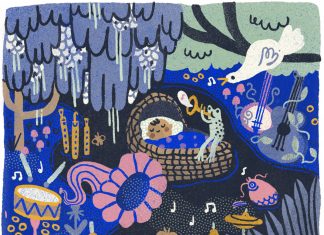 Caroline Cox - May 24, 2019
Inside Children’s Healthcare of Atlanta, the sound of a mother singing the alphabet song backed by an acoustic guitar to her newborn baby plays from a CD player. Little Lullabies, a music therapy program started by music therapist Hannah Ivey, allows parents to comfort their NICU babies, even when obligations keep them away from the hospital.
Read more 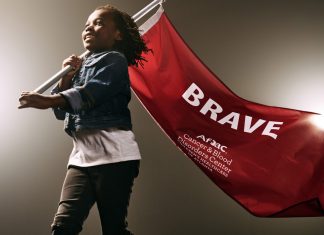 Myrydd Wells - September 21, 2018
September is both Childhood Cancer Awareness Month and Sickle Cell Awareness Month, and to raise awareness of and donations toward research for both diseases, the Aflac Cancer and Blood Disorders Center of Children’s Healthcare of Atlanta launched a new photo series that shows Children's patients holding flags with words such as "fearless," "hope," and "brave."
Read more 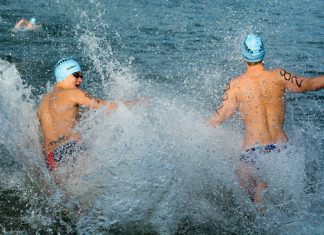 Mauli Desai - September 19, 2018
This weekend, swimmers both Olympian and novice will descend upon Lake Lanier for the Swim Across America Atlanta Open Water Swim, which raises money for cancer research at Children's Healthcare of Atlanta.
Read more 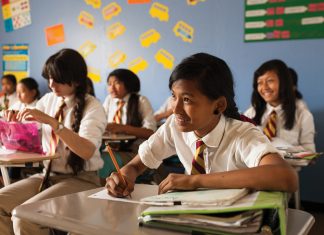 Muriel Vega - October 17, 2016
For our fifth anniversary of the Groundbreaker Awards, we've checked in on some of our past finalists to see what they're working on today.
Read more 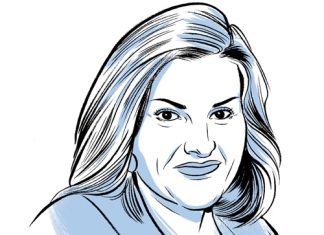 Atlanta Magazine - October 1, 2015
Hyland was just 29 when she was named CFO of what then was Scottish Rite Children’s Medical Center. She helped oversee that hospital’s 1998 merger with Egleston to form Children’s Healthcare of Atlanta and, in 2008, became president and CEO of the combined system.
Read more 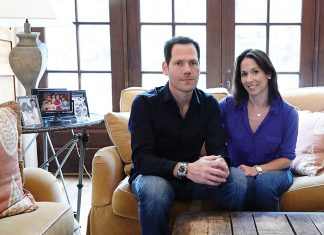 “We Cannot Waste a Single Day”

Candice Dyer - October 22, 2014
For children with brain tumors—and for their families—the struggles that come after a diagnosis can be unimaginable. Candice Dyer explores how some parents are lightening the burden for those who will come next, whether by establishing a biorepository for scientists, lobbying for more research dollars, or simply helping a family with its bills.
Read more 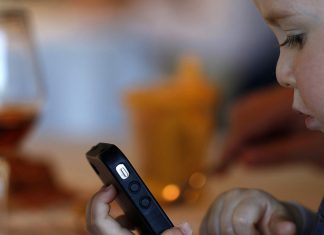 Mary Jo DiLonardo - November 15, 2013
Are your kids glued to their phones and laptops and video games? Of course they are. The American Academy of Pediatrics released a new policy about screen time and children. Don't even try handing your toddler the iPad.
Read more

Scott Roberts - July 26, 2012
Arthritis Simulation Gloves
Here’s a novel way to make jars and packages easier to open: Let manufacturers see what it’s like to handle products with arthritic hands. These gloves, developed by Georgia Tech Research Institute engineers, stiffen the joints and make it harder to grip, turn, and push down on lids. Some manufacturers are already using the empathy-inducing handwear in product trials, and builders are using them to test doorknobs and cabinet drawers. That should enable companies to prepare for an aging population.
Read more 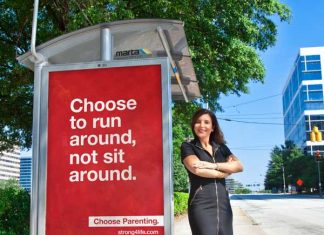 Betsy Riley - July 23, 2012
Desperate times call for desperate measures. Children’s Healthcare of Atlanta has admitted patients who weigh more than 500 pounds, and the pediatric facility treats type 2 diabetes, hypertension, liver disease, and sleep apnea—diseases once seen only in adults. When Children’s started asking questions, it was stunned to discover that although 40 percent of Georgia children were overweight or obese (second worst only to Mississippi), more than 70 percent of parents considered their kids’ weights normal.
Read more
12Page 1 of 2