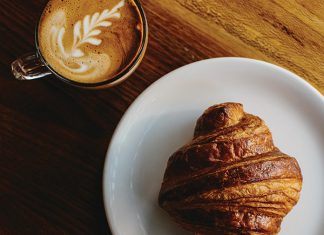 Carly Cooper - January 28, 2015
An Italian market, eatery, wine bar, and culinary club called Bellina Alimentari will open in Ponce City Market’s Food Hall this spring or summer. At 4,000 square feet, it will inhabit the largest space in the food hall. The mind behind the project, Tal Postelnik Baum, is an Israeli architect and designer who spent the last seven years in Florence, Italy working in restaurants. After moving to Atlanta to be with family, she decided to “bring some of that Italian charm back to the [South],” she says.
Read more 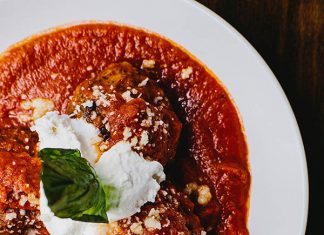 Susan Puckett - January 5, 2015
At Cibo e Beve, Linda Harrell’s most popular appetizer is a trio of meatballs doused in marinara then crowned with a dollop of ricotta and a crisp-fried basil leaf. To help the rest of us master the art of the meatball, Linda Harrell let us in on some of her tricks.
Read more 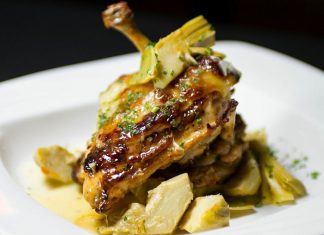 Carly Cooper - October 20, 2014
An Italian and Latin-influenced neighborhood bistro called Il Gusto Bistro will open in the Old Fourth Ward one year from now. Currently home to the Lantern House (589 Ralph McGill Boulevard), the property will be renovated, and the owner, George DeMeglio, will move in next door.
Read more 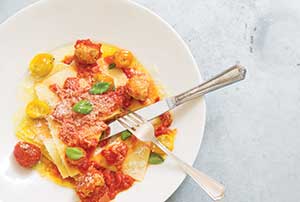 Susan Puckett - June 2, 2014
Barry’s take on spaghetti and meatballs (she calls them by their Italian name, polpettini) reinterprets her mother’s workaday staple. She freshens up a simple marinara with roasted cherry tomatoes and replaces noodles with wide rectangles of fresh pasta (available at Buckhead’s Storico Fresco).
Read more 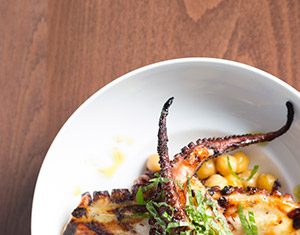 Bill Addison - March 3, 2014
Announcing the next big culinary trend: Southern chefs embracing the cuisines of Italy. Yes! It’s officially a thing. And it isn’t such a wacky stretch, really. The two cultures share deep agrarian roots, and their most rewarding foods stem from humble origins and a mutual love of pork and vegetables.
Read more

Bill Addison - June 28, 2013
The odd, angular bungalow on the southeastern corner of Edgewood Avenue and Waddell Street, on the fringe of Inman Park, has been a beacon of eccentricity for decades. Minus the back right corner that was carved out for a patio, the building is a near-perfect square.
Read more 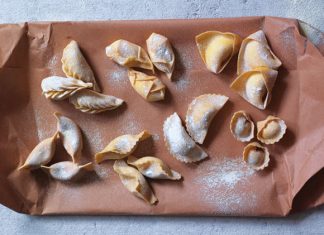 Christiane Lauterbach - August 1, 2012
Think of Michael Patrick as a pasta scholar. A fascination with homemade noodles began during his South Florida childhood and grew into an obsession for obscure pastas made by vanishing Old World methods. A certified sommelier who worked in restaurants as well as wine education and journalism for two decades, Patrick spent six years traveling intermittently through villages all over Italy, learning from home cooks and culinary professionals, before starting his own small-scale production in a shared kitchen near Your DeKalb Farmers Market. The fanciful shapes, many with unique fillings, that he sells through his company, Storico Fresco, reveal more skillful attention than any other fresh pastas sold in Atlanta. He makes his products with little more than a rolling pin, small dowels, and a wooden comb called a pettine that creates ridges on, as one example, lumachelle—a tubular pasta infused with cinnamon and lemon zest that he traces to a recipe from Benedictine nuns in the province of Le Marche, east of Tuscany.
Read more 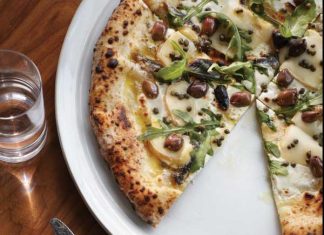 Luxury dining is a given in Buckhead, where you can't throw a Bentley hood ornament without hitting an expense-account steakhouse, a mall or hotel that houses white-tablecloth heavyweights, or one of Pano Karatassos's 1990s holdouts still serving Southwestern Caesars or seafood Newburg (looking at you, Nava and Atlanta Fish Market).

But what about quality midscale options—the casual haunts that won't decimate your credit line, where you can linger