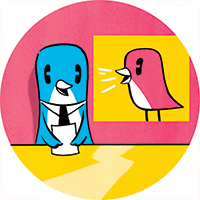 Myrydd Wells - June 20, 2014
More than just a home for breaking news and Bieber babble, Twitter has become a modern-day agora. University of Georgia assistant professor of telecommunications Itai Himelboim worked with the Pew Research Center and Social Media Research Foundation on analysis that revealed users of the social media behemoth interact with each other in patterns that fall into just six categories.
Read more

Video of the Day: T.I. raps at the Tony Awards

Laura Testino - June 9, 2014
Sunday night television in review: Lebron James returned to the NBA Finals, contributing to a Heat victory for Game 2. A fourth-degree black belt, Nia Sanchez, was crowned Miss USA. Jon Snow got defensive on Games of Thrones. And over on the CBS Tony Awards broadcast, there was a performance by a special trio of Music Men: host Hugh Jackman, LL Cool J and Atlanta’s very own Clifford Harris, better known as T.I. If you’re having trouble deciding which is the strangest, just check out the video.
Read more 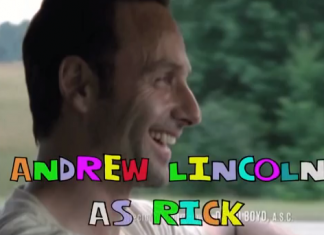 Video of the Day: The Walking Dead as an 80s sitcom

Rebecca Burns - June 2, 2014
The Walking Dead already has been given the House of Cards treatment, so it's inevitable that a total mood-swing parody would follow. Matin Comedy envisions TWD as a Full House-esque 1980s sitcom.

For those of us who still first think of Andrew Lincoln as the hopelessly smitten gallery guy in Love Actually (and I know I'm not the only one) the thought of Rick as a lovable comedy lead makes total sense. My main kvetch with this perky send up is the excessive screen time allocated to Lori. Really?
Read more

Myrydd Wells - May 31, 2014
More than just a home for breaking news and Bieber babble, Twitter has become a modern-day agora. University of Georgia assistant professor of telecommunications Itai Himelboim worked with the Pew Research Center and Social Media Research Foundation on analysis that revealed users of the social media behemoth interact with each other in patterns that fall into just six categories.
Read more 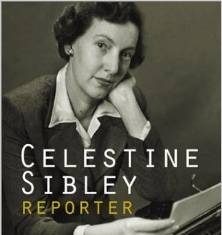 Richard L. Eldredge - May 22, 2014
“Child, what are you up to?” Instantly recognizing the voice behind me, I froze midway into shoving the crumpled dollar bill into the brown interoffice memo envelope. It was the morning of October 3, 1995. In Los Angeles, the verdict was about to be read in the O.J. Simpson trial. And on the eighth floor of the Atlanta Journal-Constitution’s Features Department, I was collecting up the office pool. As the department’s unofficial class clown/kid brother and a writer for the paper’s Peach Buzz column (the copy desk lovingly referred to me as Buzz Boy), this was in my job description. The voice behind me belonged to Celestine Sibley, a newspapering icon and state treasure. Red-faced, I explained to “ma’am” what in the hell I was doing (I never, ever called her Celestine. I had grown up reading her, after all). She toddled off and I assumed she was on her way upstairs to demand that the publisher fire me and then tie me to printing presses in the basement and use my blood to pump out the afternoon’s Extra edition. A minute later, Celestine handed me a dollar and said, “Put me down for a guilty.”
Read more

Infographic of the Day: Does Outkast have a bigger vocab than Shakespeare?

Rebecca Burns - May 6, 2014
Matt Daniels, a data scientist, coder, and designer compared the vocabulary of one William Shakespeare with that of the most prolific rappers to create a mind-bogglingly complex interactive graphic. The findings? Some hip-hop artists have outdone the Bard.
Read more

Video of the Day: Adron’s homage to Monty Python

Jamie Allen - April 22, 2014
Fans of Monty Python — bitter and humorless as you are — we have some Earth Day news for you. One of your favorite songs has gotten a refreshing update from a pair of popular Atlanta performers.
Read more

The Walking Dead Haiku Recap: All boxed up

Tony Rehagen - March 28, 2014
This season our own Mark DeRosa joins the likes of Harold Reynolds and Al Leiter behind the desk of MLB Tonight, the MLB Network’s signature nightly highlight and analysis show.
Read more
1...345...15Page 4 of 15