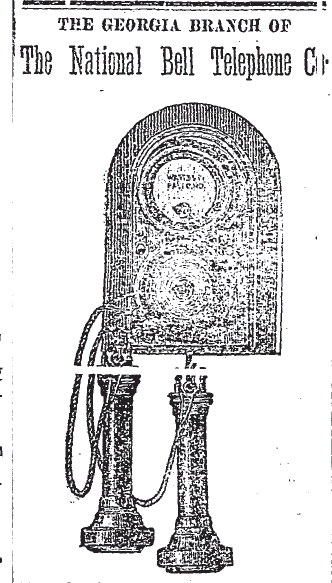 On May 15, 1879, the National Bell Telephone Company launched Atlanta’s first phone exchange. Located in an upper room of the Kimball House hotel (which, coincidentally, also did time as Atlanta city hall) the “exchange” consisted of a few dozen party lines. Rates were $46 annually for businesses and $36 for homes. The fee entitled subscribers to two phones and covered all service and maintenance.

Nine days later, the Atlanta Constitution reported that the “telephonic exchange grows in favor every day” with “new orders for telephones taken constantly,” despite a glitch in delivery of the actual devices. The first forty-five phones were already spoken for, with new orders coming in daily. One of the early adopters was pharmacist John Pemberton, who would later be more famous as the inventor of Coca-Cola.

For more cautious consumers who might be wary of  “that most wonderful invention, the Bell Speaking Telephone, now so extensively in use in other cities,” James Ormes, general agent for the Atlanta telegraph office, advertised a courier service with “prompt, active, and intelligent messengers … on call at any time, to go upon any errand for any conceivable purpose” at the rate of 25 cents an hour.

And on a very practical note, the phone exchange also operated a sort of early U-Haul service, with rental carts for “heavy hauling” and teams of “express wagons.” 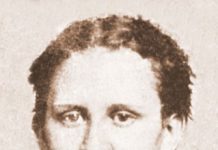 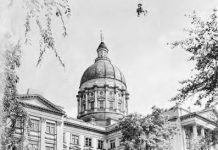