On April 26, 1913, Mary Phagan, an employee of the National Pencil Factory, went into the business office to pick up $1.20 in pay from business manager Leo Frank. Mary, who was thirteen, earned twelve cents an hour running a machine that put metal caps on pencils. Frank, a Cornell graduate, had supervised National Pencil for five years.

That night, Mary was murdered. Her bloodied and bludgeoned body was discovered by night watchman, Newt Lee. In the days following, Lee was a prime suspect in her death, along with former streetcar driver Arthur Mullinax. Later, pencil factory janitor Jim Conley was taken in for questioning.

But by the time of Mary’s April 29 funeral, police attention and public sentiment swayed, putting Frank, the last person known to have spoken with Mary, under the spotlight.

Fueled by growing anti-Semitism, media coverage of the case became frenzied. The Atlanta Constitution sponsored a campaign to raise funds to bring a famous detective over from England. When Frank went on trial in the summer, crowds camped out around the courthouse. They celebrated raccously when the jury found Frank guilty (largely based on Jim Conley’s testimony).

Throughout the fall and into the next year, Frank’s lawyers tried to appeal the case, but multiple efforts to get before the Georgia Supreme Court and U.S. Supreme Court were thwarted. Out of options, they urged governor John Slaton to commute the case. After examining reams of documents and visiting the factory, Slaton declared Frank innocent, and changed his sentence from death to life in prison, hoping that the sentence could eventually be changed and Frank freed.

In response to the ruling, Atlantans rioted, marching on the governor’s residence. Frank was moved to a prison in Milledgeville. In August 1915, vigilantes broke into the jail, removed Frank, and lynched him.

The Frank case has inspired books, plays, movies, a TV mini series, and a Broadway musical (Parade, by Atlanta native and Driving Miss Daisy playwright Alfred Uhry). The definitive account is Steve Oney’s And the Dead Shall Rise, a 750-plus page history of the murder, trial, lynching, and aftermath.

>> Read an excerpt from Oney’s book

>> Browse the Digital Library of Georgia’s timeline of the trial 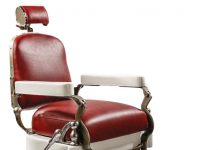 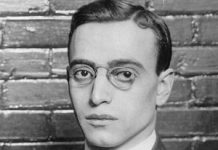 Why the Leo Frank lynching resonates a century later