The evening of July 19, 1996, was the culmination of Atlanta’s civic leaders’ desires to catapult the city into the international limelight and (hopefully) transform it into a relevant, vibrant hub of tourism and commerce.

According to reports from the Atlanta Journal-Constitution, the ceremony that boasted an in-house crowd of more than 80,000 and a television audience of 3.5 billion “opened with a burst of pageantry and song.”

Olympic gold-medalist Janet Evans passed the torch to boxing phenom Muhammad Ali in a riveting exchange that elicited wild cheers from the audience. Trembling yet determined, Ali lit the fuse and the flame zipped up a wire to ignite the caldron. Children sang and danced. Fireworks exploded. Gladys Knight performed an emotional (albeit predictable) rendition of “Georgia On My Mind.” An audio recording of Martin Luther Kings’ “I Have a Dream” speech coursed throughout the stadium, and enormous silhouette projections of Greek athletes flitted about on curtains. Truly, this centennial ceremony saluted both Olympic history and Southern heritage. After all, dancers held up placards that read, “How Y’all Doin!”

This was an unforgettable moment in the city’s history—filled with Southern hospitality, international camaraderie, and palpable electricity. Of course, this was well before a pipe bomb planted by Eric Rudolph exploded in Centennial Olympic Park.

“With the international onslaught, the city was vibrating with excitement,” recalls Maureen Downey, a Pulitzer Prize finalist and longtime reporter for the AJC. “It was Carnival and the Super Bowl all wrapped up in one.”

For some foreign journalists, however, the opening ceremony marked the zenith of the ’96 games. Perhaps the aspirations of mayor Andrew Young and Atlanta Olympics chief executive officer Billy Payne surpassed the city’s logistical capabilities when they snagged the bid in 1990.

Members of the international press corps encountered transportation issues, for example, and a few of their buses broke down. As a result, many journalists were late to, or completely missed, athletic events. In a 1997 article in the New York Times, Lyn May, the former director of communications for the Atlanta Committee for the Olympic Games, offered her opinion about the bad press the city received.

“That was colored by [the reporters’] self centered need to be coddled,” May said. “As a result, Atlanta ended up with a less glowing image than we would have hoped.”

When asked about the ’96 Olympics less-than-stellar reviews, Downey found that, while the athletic facilities and sports events themselves typically received a favorable response, the poor press was probably influenced by Atlanta’s “flea market atmosphere.”

“In attempts to make money and lease space, Mayor Bill Campbell and the Atlanta Olympics committee had little discretion in terms of the vendors,” Downey said. “The city handled street space poorly . . . For people who only attended one or two events and were there for the street life, vendors hocking junk was a detriment.”

But regardless of reports (both good and bad) and the fact that, according to Downey, Atlanta failed to transform into the bustling city center she’d hoped for, the 1996 Olympic games had an irrefutable impact on Atlanta’s infrastructure and business profile. Pedestrian environments improved thanks to repaved sidewalks, new signage, public art, newly planted trees, and improved lighting. The Techwood Homes housing project was converted into mixed-income housing and dormitories. Olympic stadium became the new home of the Braves, and Centennial Olympic Park added green space and enticed both commercial and residential investors.

Back in 1996 at the opening ceremony, Atlanta-born Suzy Wilner described her dreams for the city’s foray into the international spotlight to a reporter from the AJC.

“With everybody’s eyes on Atlanta, I just hope they see Atlanta as a great place to come and visit,” Wilner said.

And for the most part, they did. 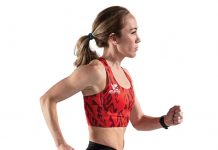