Home Uncategorized Get away to Dallas–Fort Worth 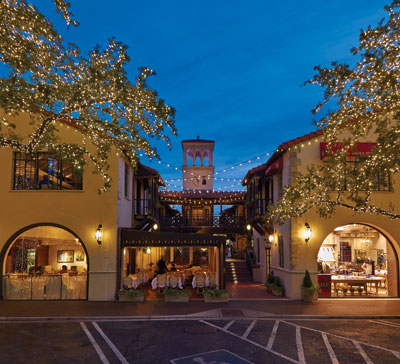 Courtesy of Highland Park Village and Peter A. Calvin

Stereotypes cling to Dallas and Fort Worth more tenaciously than pits to early-season peaches. Dallas, according to popular thought, exists in a perpetual purgatory of big-haired women and J.R. Ewing–like men who sport Stetsons and call everyone “darlin’.” Fort Worth, in its pigeonhole, simply moseys along—a cowpoke town of rodeos, stockyards, and the occasional tumbleweed blowing down Main Street.

Once you’re on the ground in either town, the typecasting starts to dissolve. Yes, there are moneyed communities in Dallas full of mansions that could give Buckhead manors inadequacy complexes. And cattle drives do still roll through the Fort Worth stockyards daily at 11:30 a.m. and 4 p.m. But working as the dining critic of the Dallas Morning News for two years last decade gave me time to savor—to fall in love with, really—these rival, eccentric siblings and their surprising, equally modern sophistication.

Dallas will look familiar to Atlantans. It sprawls. But the Big D has three undeniable draws: luxury shopping to rival New York and Beverly Hills, a booming arts scene, and a culture of restaurants that still prize fine dining (something we’ve largely lost in Atlanta).

Clotheshorses should head straight to Highland Park Village, a shopping center that has thrived in the tony Highland Park enclave since 1931. It houses stand-alone stores for the world’s top designers, many of which we don’t have in Atlanta, such as Chanel, Alexander McQueen, and Christian Louboutin. NorthPark Center also merits a visit. Though a typical megamall at first glance, it also shelters smaller retailers such as Hublot, whose stylish Swiss watches look like James Bond gadgets. Check out original works from the likes of Andy Warhol and Frank Stella on NorthPark’s walls. The Nasher family, who opened the center in 1965, are devoted art collectors—so much so that in 2003 they opened the Nasher Scuplture Center, showcasing absorbing forms by Giacometti and Joan Miró, among many others.

The Nasher’s splendor has been eclipsed recently by the Perot Museum of Nature and Science, which opened last December. An imposing cube of a building at the edge of downtown, it covers topics as diverse as space, birds, fossils, weather, and fracking.

I could write a guidebook on Dallas restaurants, but I’ll narrow it down to three: Tei-An in One Arts Plaza—where Teiichi Sakurai makes soba noodles from scratch, among other elegant Japanese specialties—is my favorite restaurant in town, hands down. Spoon Bar & Kitchen, an upscale temple of cuisine by Top Chef alum John Tesar, serves intriguing beauties like smoked sturgeon headcheese with horseradish crème and trout roe. And at Stampede 66, a blockbuster celebration of Texas foods from celebrity chef Stephan Pyles, gorge on beef brisket tacos, chicken adobo tamales, and a righteous chicken-fried buffalo steak.

I recommend staying in Dallas—the Joule downtown is the city’s most charming boutique hotel—and planning on one full day in Fort Worth, which is just over thirty miles away. You can speed through the kitschy Western-themed shops in the touristy Stockyards District, but then immerse yourself in art: It’s an open secret that Cowtown has three of the country’s most stunning museums, and they sit in a row on a verdant strip overlooking the city’s downtown skyline. Begin at the Amon Carter Museum Of American Art to appreciate Western masters like Frederic Remington, then walk to the Kimbell Art Museum, whose architect, Louis Kahn, managed to make the curving concrete facade luminous. The current exhibition features masterpieces by Matisse and Picasso. (The Kimbell’s new building, designed by Renzo Piano, is scheduled to open at the end of the month.) Don’t fall into fatigue before a quick jaunt through the Modern Art Museum of Fort Worth to view energizing classics by Rothko, Rauschenberg, and Pollock. Come down from the sensory overload with a serene stroll through the Japanese gardens at nearby Fort Worth Botanic Garden.

If I have time for only one meal in Fort Worth, I make a beeline for Lanny’s Alta Cocina Mexicana, which serves inspired upmarket Mexican cuisine. Splurge on the foie gras chile relleno, which somehow defines the city’s earthy yet extravagant spirit in a few mouthfuls.