Home Uncategorized Nashville for the Holidays 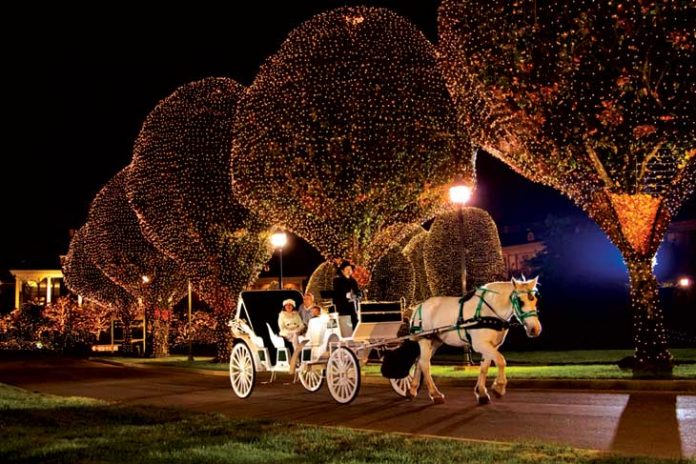 First there was Bon Appétit’s feature in February, which dubbed Nashville “the coolest, tastiest city in the South.” The New York Times gushed over the town in June, causing the local alt weekly, the Nashville Scene, to bristle over excessive use of the word hipster. In October, ABC’s prime-time drama Nashville was heralded by critics as the best of TV’s fall pilots. Clearly Music City has reached a tipping point, attracting not just songwriters hoping to be discovered at the Bluebird Cafe, but young artisans, chefs, mixologists, and the media who follow them.

The last time we wrote about Nashville was May 2010, the month the Cumberland River rose twelve feet above flood level and did $2 billion worth of damage to private property. At the risk of jinxing the city again, we decided to revisit and get beyond the usual tourist spots. Here are our suggestions for a December trip.

FOR COUPLES: DISCOVERING INDIE ARTISANS. Nashville is like Asheville with fashion sense. There are pockets of originality scattered all over town. Marathon Village, a restored nineteenth-century motor factory, houses Antique Archaeology, a trove of Americana curated by American Pickers star Mike Wolfe, and the joint workshop of Otis James and Emil Erwin, whose handcrafted ties and leather goods were discovered by Garden & Gun when the two proprietors were still in their respective garages. Fun stops in the 12South neighborhood include Katy K Designs (vintage fringe and rhinestones) and Imogene Willie, which stitches custom-tailored jeans on-site. (There’s no sign. Look for an orange cross on an old white gas station.) Two Old Hippies in the Gulch district is like Urban Outfitters for grown-ups. The craft cocktail movement is going strong here too. Start with No. 308, where the bar is papered with pages from Charles Bukowski novels, then head over to Holland House, where you can watch dapper bartenders and settle into its lavender-colored, decadent opulence. Above speakeasy-style Patterson House is the Catbird Seat—among Bon Appétit’s top ten new restaurants of 2012. Snag one of its thirty-two seats and watch star chefs Josh Habiger and Erik Anderson riff on regional flavors with dishes like maple thyme custard served with a strip of bacon in an eggshell.

FOR FAMILIES: COUNTRY CHRISTMAS AT OPRYLAND. With nearly 3,000 rooms, Gaylord Opryland is the largest nongaming hotel in the continental United States, and the glass-covered biodome feels more than a little like Las Vegas—down to the indoor quarter-mile boat ride around Delta Island, where you’ll float past banana trees and rushing waterfalls. Families save all year for annual trips to the Country Christmas celebration, which includes 2 million pounds of Shrek-themed ice sculptures and slides, horse-drawn carriages, a Christmas village, gingerbread workshops, dinner shows, and the Rockettes. At the four-diamond hotel’s signature Old Hickory Steakhouse, the old-school waiters are so gracious and the orchids so lush, you almost believe the streetlamps are really glowing over the Mississippi River. (Christmas packages from $225/night.)

Photograph of Opryland courtesy of Opryland. This article originally appeared in our December 2012 issue.