Home Uncategorized Get away to the Kentucky Bourbon Trail 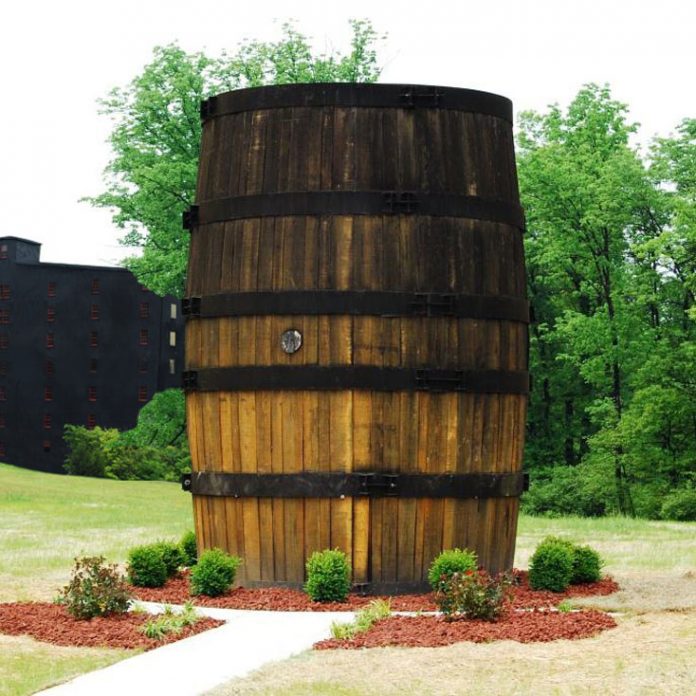 We came for the bourbon. Like a growing number of tourists—more than 2 million in the last five years—our crew went where true bourbon was born, by the clear limestone waters of Kentucky. This was where eighteenth-century settlers began distilling whiskey aged in oak barrels, stamped with their origin in Bourbon County, and transported down the Mississippi and Ohio rivers on a journey into booze legend.

Bourbon is the quintessential American spirit. All but a couple of U.S. distillers are located in Central Kentucky—none, ironically, in Bourbon County, which is a remnant of its original size. Through the 1980s and 1990s, vodka and other clear, easy-to-swill spirits dominated American drink culture. But in the last decade, bourbon has enjoyed a renaissance. Credit the national fascination with Southern culinary culture, as well as a recent shift in consumer tastes back toward serious cocktails with potent brown liquors.

Like us, more folks are also curious about the spirit’s roots. Six makers formed the trademarked Kentucky Bourbon Trail tour back in 1999—with a “passport” to be stamped at every stop—but there are some seventeen distillers across eleven counties, most offering free tours and tastings. Each stop takes a couple of hours, and some are more than an hour apart. (Don’t worry, drivers: The half-ounce samples are designed to entice, not intoxicate.)

We launched our trek at Bardstown, the “Bourbon Capital of the World.” The pungent scent that welcomed us—an aroma of sweet potatoes and boiled peanuts—was actually fumes of corn mash wafting from nearby Barton 1792 Distillery. It propelled us straight to the famous tasting room at Kentucky Bourbon House, a Federalist-era inn on the town square. (Our cottage there proved spacious, if a bit frilly for a man trip.)

The proprietor, Colonel Michael Masters—who bears a goateed resemblance to Colonel Sanders—is a seventh-generation local steeped in whiskey lore. He helped us select flights of five tastes, expounding on their subtle hints of spice, caramel, and vanilla. The other patrons around the small communal tables were all couples, including two men from Ohio who insisted we take the Buffalo Trace Distillery tour in Frankfort, their favorite of five they’d just visited. When we started comparing the bite of bourbon to the peaty smokiness of Scotch and Irish whiskey, sips of Famous Grouse suddenly appeared—the Scotch provided gratis with a refined flourish by the Colonel. A woman requested another mint julep, but her husband waved dismissively and called, “Just bring her a glass of whiskey with a sprig of mint.” Apparently, we weren’t alone in our mission.

With regrets, we skipped the family-style dinner with our new friends at Kentucky Bourbon House and crossed the square to Old Talbott Tavern, a storied inn built in 1779 that has hosted Abe Lincoln, Henry Clay, Andrew Jackson, and Jesse James. As tourists, we were obligated to try a Kentucky Hot Brown: an artery-clogging, open-faced sandwich of turkey (and at Talbott’s, sugar-cured Virginia ham) on toast, smothered in Mornay sauce and topped with bacon, cheddar cheese, and tomato.

The next morning we were up early to catch the tour at Barton’s. Our guide detailed the distilling process, from grain selection (all the corn comes from within 100 miles) to how charred oak barrels help give bourbon its trademark color and flavor. She pointed out the mold-darkened trunks and branches of nearby trees, caused by evaporation from the distilleries—as good as signposts for still-seeking revenuers during Prohibition. After gawking at thousands of barrels mellowing in storage, we bellied up to the small visitors center bar and savored the happy burn of small-batch whiskeys and dark chocolate bourbon balls.

In the afternoon, we drove up the Blue Grass Parkway to Lexington, girded on all sides by pastoral horse farms. April and October bring daily races to Keeneland, its sprawling horse park and track. Race weekends draw huge crowds, including college students from Lexington’s two universities. You can avoid the fratty trackside chaos with quieter seats in the grandstand.

Downtown Lexington is equally festive after the races. The Gratz Park Inn, a favorite home base for Keeneland horse owners, is a posh boutique hotel adorned in dark woods, rich upholstery, and old money. If the restaurant is too crowded, pull up to the bar for the chef’s pimento cheese grit fries and a glass of Kentucky Bourbon Barrel Ale, a local beer with delicious hints of caramel and vanilla from used barrels.

For our last day, we took a scenic drive up U.S. 421 to Frankfort, Kentucky’s quaint riverside capital. The Buffalo Trace Distillery lived up to the Ohioans’ hype. A short, loud, white-haired guy named Don cheerfully gave us a two-hour tour. We followed him to the premium labeling room and hovered over the shoulders of distillery workers as they painstakingly hand-labeled rarities such as Old Rip Van Winkle 10 Year and single-barrel Eagle Rare—labels we were now much better prepared to savor.