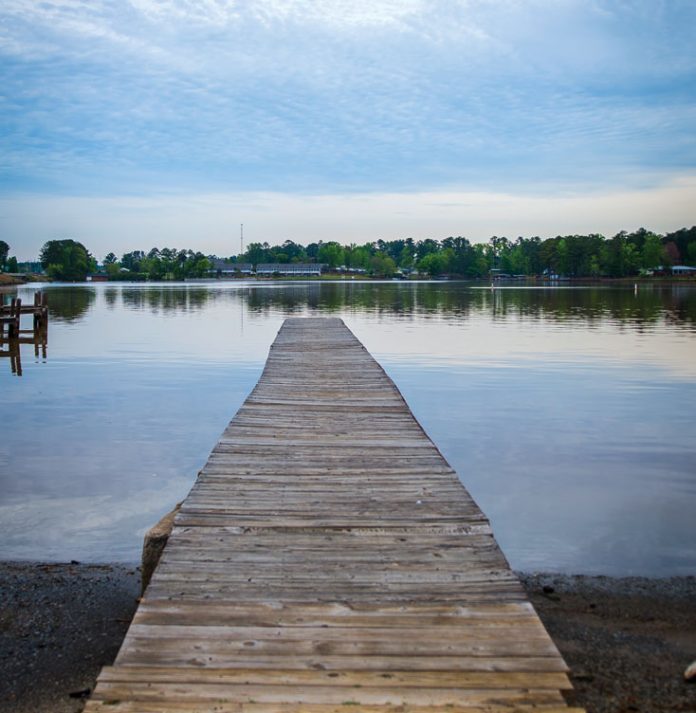 Of the two lakes that make up Middle Georgia’s “Lake Country,” only one—Oconee—has established itself in the Atlanta lexicon. That’s because in the 1980s an Ohio businessman transformed the land his grandfather owned into a luxury golf community that would eventually boast six championship courses and a Ritz-Carlton. (MetLife acquired the recession-battered Reynolds Plantation last year.)

On Lake Sinclair, there are no resorts or even hotels, no spas or golf courses—but several karaoke joints. Instead of gated subdivisions, you’ll find a $700,000 home next to a singlewide. But it’s fed by the same waters and framed by the same rolling, farm-dappled forest as its tony sister to the north. It’s fair to say Sinclair is Oconee with its shirt untucked. “Sinclair is and always will be an eclectic mix of homes,” says local real estate agent David Jackson. “Often people will go to Oconee one weekend and come to Sinclair the next and buy a lake house.” A lakefront lot on Sinclair runs about two-thirds the price of a comparably sized lot on Oconee.

Georgia Power began work on Sinclair Dam in 1929, halted it during the Depression, and finished in 1953, harnessing the Oconee River into a 15,330-acre reservoir between the historic towns of Milledgeville—state capital in the Civil War era—and Eatonton. Feeder creeks create numerous fingers that curl from the starfish-like arms of the main lake. Fishermen ply glassy weekday waters for bass, crappie (pictured top left), and catfish; jet skiers and pleasure boaters rule on weekends.

At the lake’s northern tip, forming the seam between Sinclair and Oconee, is Wallace Dam, Georgia Power’s largest hydropower plant and secret to Sinclair’s best feature: It’s always full. Burned into lake-loving Atlantans’ memories is the drought of 2007, when Allatoona’s water level plunged twenty-two feet, Lanier’s twenty. Oconee dipped only three feet, while Sinclair stayed mostly full. Electricity is generated by pumping water from Oconee into Sinclair during the day and in the opposite direction at night (to ensure plenty of flow during peak demand times); since Sinclair is downstream, it must be at full pool to reach the pumps. There’s something Truman Show–esque to the fact that the currents run in different directions by day and by night. The upside is that fish love the oxygen-rich water.

If you’re visiting for the weekend, your best option is to rent a private home. (We used the website vrbo.com to find a cozy three-bedroom A-frame for $250 a night.) Choose a location on the north end closer to Reynolds Plantation, or to the south near Milledgeville. For a night on the town, Aubri Lane’s in Milledgeville offers an understated, seafood-centric menu in a converted nineteenth-century bank. For a decidedly un-Oconeean experience, visit Duke’s Lounge & Dawg House, a boat-up shack on Sinclair where “the girls” bring daiquiris, burgers, and hot dogs to your boat. “We like to say ‘No shoes, no shirt, better service,’” says Bob Butch, whose family owns the place. Oh, and there’s karaoke most weekend nights.