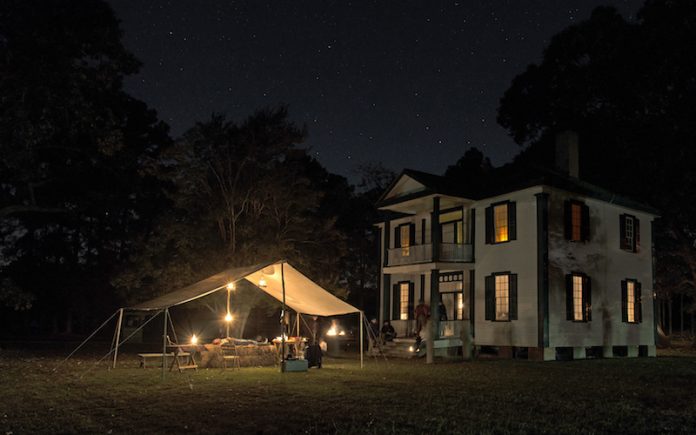 During a single fortnight in 1865, Union and Confederate armies in eastern North Carolina fought a series of ever-more-desperate clashes. It began at the Battle of Wise’s Forks near Kinston on March 7 and culminated at Bentonville on March 21. In addition to Wise’s Forks, battles included Monroe’s Crossroads, Averasboro, and, finally, Bentonville, the largest and bloodiest battle ever fought in North Carolina.

Battlefield stompers will have an opportunity to visit all four of these engagements and more during Two Weeks of Fury, a Carolina Campaign Symposium, hosted by the Friends of Bentonville Battlefield, Inc. and Bentonville Battlefield State Historic Site. The event will take place September 28-30, 2018, giving guests the opportunity to meet and interact with the preeminent historians of the Civil War’s fiery conclusion in North Carolina.

Plan your trip to Johnston County, first settling into the town of Smithfield. From Atlanta, it’s about a six-hour drive, or a one-hour flight into Raleigh-Durham International Airport brings visitors within a 45-minute drive of Smithfield.

The Two Weeks of Fury activities will begin with a “Sherman vs. Johnston” keynote dinner lecture on September 28 at the Barn at Broadslab, a special-event venue located on a local-but-legendary moonshine distillery a few miles from Bentonville. The evening’s lecture will be a joint presentation by Dr. John Marszalek and Dr. Craig Symonds. Marszalek is the William L. Giles Distinguished Professor of History Emeritus at Mississippi State University and serves as the executive director and managing editor of the Ulysses S. Grant Association at the Ulysses S. Grant Presidential Library. He is also the author or editor of 15 books and more than 300 articles and book reviews. Symonds is the Ernest J. King Distinguished Professor of Maritime History at the U.S. Naval War College in Newport, Rhode Island. He is also professor of history emeritus at the United States Naval Academy where he taught for 30 years and served as history department chair.

Saturday’s tours begin with a rare trip to the Monroe’s Crossroads battlefield led by noted Civil War cavalry historian Eric Wittenberg, the award-winning author of “The Battle of Monroe’s Crossroads and the Civil War’s Final Campaign” as well as dozens of other books about the Civil War. Located near a drop zone on Fort Bragg, Monroe’s Crossroads is difficult to obtain permission to visit. Thus, it will be a unique opportunity to visit with the historian who literally wrote the book on the battle. Saturday will also feature a drive-through tour of Civil War Fayetteville and a guided tour of Averasboro, which will include a lunch stop at Historic Oak Grove Plantation. The Averasboro tour will be led by Civil War book authors Mark Smith and Wade Sokolosky.

On Sunday, the weekend’s festivities will conclude with a guided tour of Bentonville Battlefield led by Dr. Mark Bradley, the battle’s foremost expert. A historian at the U.S. Army Center of Military History, Bradley is the author of “The Battle of Bentonville: Last Stand In the Carolinas” and “This Astounding Close: the Road to Bennett Place.” His tour will end the program just in time for a late lunch.

Only 100 tickets will be sold for the weekend celebration with a limit of 25 for the optional Friday half-day. Tickets include two meals, snacks, soft drinks, and Saturday evening’s hors d’oeuvres and libations. The price also includes venue admissions and a copy of Mark Moore’s “Historical Guide to the Battle of Bentonville,” an excellent map guidebook of the Carolinas Campaign. The price for the weekend pass is $350 or $395 if you include the Kinston trip on Friday afternoon. Registration cost does not include lodging. Consider booking with one of the participating hotels in Smithfield: Best Western Smithfield Inn, Holiday Inn Express & Suites, or Sleep Inn & Suites. Make sure to mention the Bentonville Symposium to get the block rate.

More to do around town

Smithfield has a thriving downtown that, in addition to the participating hotels located there, features new retail stores, restaurants, events, historic attractions, and outlet shopping. Several recreational activities can be found throughout the town along with the Ava Gardner Museum that honors the life and career of the native daughter and late-Hollywood legend. Enjoy a walk on a section of the Mountains-to-Sea Trail that curves along the banks of the Neuse River.

Carolina Premium Outlets provides plentiful shopping opportunities with brand-named stores like Coach, Nine West, Nike, and Polo. Dine at locally-owned restaurant SoDoSoPa, known for its smoked meats-forward menu. Enjoy a local craft brew made by Double Barley Brewing at the brewery itself or at Simple Twist Tap Room. There’s a lot to explore in the area.

Find more things to do in Smithfield, Bentonville, and the greater Johnston County area at JohnstonCountyNC.org.