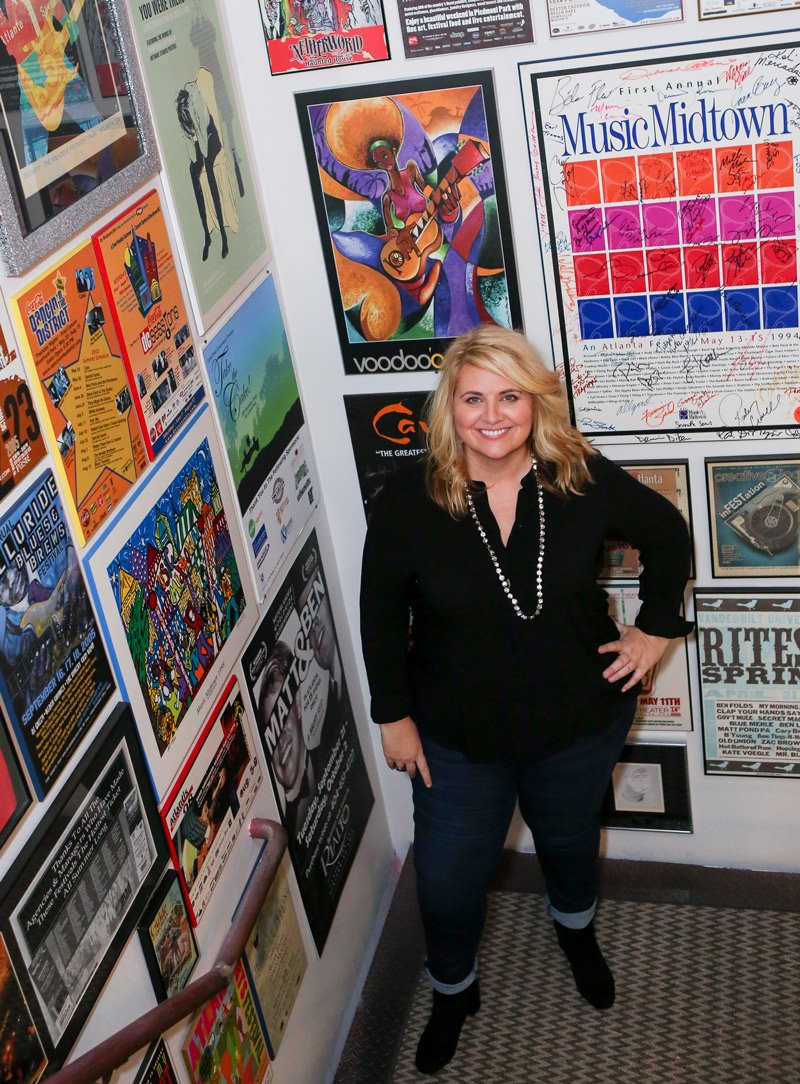 Tara Murphy’s public relations career started with a D in one of her PR classes at Elon University. “It was never something that I wanted to focus on, which is very funny since I’ve now owned a PR company for 24 years,” the 49-year-old Kirkwood resident says.

360 Media, Murphy’s boutique public relations agency specializing in lifestyle, entertainment, and hospitality clients, has been the driving force behind many well-known Atlanta festivals, events, and establishments. Chances are you’ve been to an event Murphy has helped plan: Think Music Midtown, Atlanta Food & Wine Festival, Sweetwater 420 Festival, and Atlanta Dogwood Festival—to name a few. Even Krog Street Market is a product of Murphy’s public relations prowess; her work helped land it on Travel + Leisure’s list of best food halls around the globe prior to its opening. Her business has also gone national. She’s done PR  for festivals including Hangout Music Fest in Gulf Shores and Telluride Blues and Brews in Colorado, but she credits much of her success to the city she loves most.

“Atlanta gave me the opportunity to be an entrepreneur, and to not only survive, but to thrive and create a business that impacts the city,” she says. “It’s also enabled me to empower other female entrepreneurs.” With 360 Media’s ever-growing network of local, regional, and national connections, the company has served as a launching pad for many young women in public relations. Some have gone on to create their own Atlanta agencies, while others have ended up across the country in Los Angeles, working in music and entertainment.

But Atlanta will always have a special place in Murphy’s heart. “I think Atlanta was before its time on  a lot of things, and I think people are just now catching on to how savvy the city really is,” she says. “It makes it really cool to work here, and there’s never a dull moment.”