Michelle Maziar is careful about how she describes her work. She’s not helping people. She’s not giving back. And she definitely would not say that she is a voice for the voiceless. “People have voices. We just put tape over their mouths,” she says. “My responsibility is to remove barriers of participation—to break down barriers so that people have the opportunity to pursue the American dream.”

More than most, Maziar, 39, knows about the American dream. Her family lived it. Fleeing religious persecution in Russia, her Jewish grandfather immigrated to America in 1918 when he was just 14 years old. He wound up settling in Atlanta and became a successful businessman. Today, his granddaughter, Maziar, works to ensure that immigrants arriving now are afforded some of the same opportunities he had. “It was a profound honor to launch this office in a city that gave my family so much,” says Maziar, founding director of the Mayor’s Office of Immigrant Affairs and the Welcoming Atlanta initiative. “I am a product of what immigration looks like when it’s done right.”

Maziar grew up in Atlanta. She studied political science at Tulane University and later earned a master’s degree from Harvard University, where she studied migration. Between degrees, Maziar worked at a small Buckhead nonprofit that serves immigrants and their families. She made the jump to government because she wanted to have a broader impact. Outside of Atlanta, Maziar regularly speaks and advises on issues related to immigration. She recently worked with the United Nations to develop a set of global recommendations. “Working in government, especially municipal government, is the most efficient and effective way of transforming lives,” she says. “There’s such a gain to all members of the city when people are validated, recognized, and when people have opportunity.” 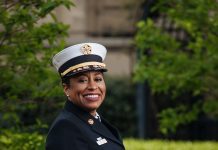 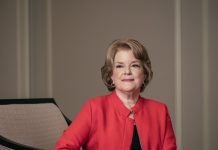 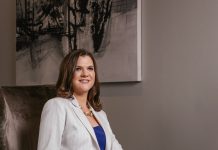