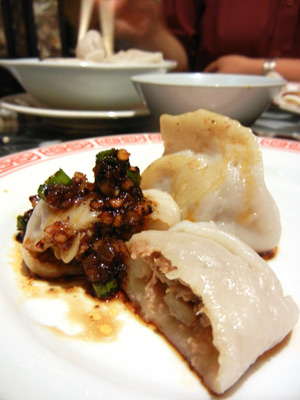 According to most of my Chinese friends, finding good dumplings in Atlanta is harder than scaling the Great Wall. They would rather make them on their own. One friend, though, was more optimistic than the rest. Chef Ken Lim, the owner at Penang Atlanta, has been eating dumplings for thirty years, and he offered to be my guide for the afternoon. Lim first came to Atlanta in 1996 to help his uncle open Penang, and just last year Lim returned to the city to takeover the family business.

While we didn’t find any off-the-grid dumpling joints, it became clear that another culinary experience can be had on Buford Highway. In the process of visiting five restaurants and eating thirty-four dumplings on one Saturday, I realized that understanding the culinary cultures of China — a land with 22 provinces, more than 250 dialects, and nearly 1.4 billion people — is really quite simple. You just have to look at the dumplings.

Tianjin is a seaport 90 miles south of Beijing, so it made sense to start with fresh shrimp dumplings (三 饺 水饺) at Northern China Eatery, a hidden restaurant on the side of a building facing a brick wall. The city is known as Northern China’s international port, but I’d argue that their fried pork dumplings (天津锅贴) are just as important. The filling is a mixture of pork, green onions, and sesame oil. They’re pan-fried to a crisp thanks to a dredging in cornstarch and water and are open on the ends to let the grease from the frying escape. Superb.

Just south of Tianjin is Shandong, a region noteworthy for its Korean population and garlic exporting business. Like its northern neighbors, the once impoverished province made small dumplings, shied away from using pepper, which was expensive, and embraced the shrimp it caught in the Yellow Sea. The Korean influence means sometimes finding ginger in a dumpling, says Lim.

The Korean influences were easy to spot at Yen Jing, a restaurant that first opened in 1991. A server delivered kimchi to the table as we sat down, and the menu was in both Chinese and Korean. While Yen Jing made no use of ginger in their boiled dumplings (水饺), the accompanying sauce spoke of garlic (again, a Korean influence).

Thick, hot sauces are the centerpieces of Sichuan cuisine. Some say the locals made the food spicy for health reasons: they believed that spicy food reduced internal dampness and opened pores, in light of Sichuan’s humid climate. Others, like Lim, believe that because Sichuan was so far in-land, numbing sauces became a way to handle not-so-fresh ingredients. Other food-preservation techniques like pickling, salting, and drying were also used.

Chengdu is the capital of Sichuan and the owners of Gu’s Bistro hail from that area. The notable dumplings here are the Chengdu dumplings with red chili oil (成都水饺). Lin says the skins are thicker to accommodate the heavy chili oil one pours on top. The inside is pure pork and has no vegetables. These were a favorite of mine..

Shanghai sits on China’s eastern seaboard, and its sweet cuisine is the result of British occupation in the 19th century. Lim says that sugar was seen as a sign of wealth, and once the British introduced it to the poor fishing village, cooks used it liberally.

Soup dumplings (xiao long bao) are Shanghai’s gift to the world, and no restaurant in Atlanta is more famous for them than Chef Liu’s. Crab meat soup dumplings (蟹肉小笼包) are the premium variety, given Shanghai’s coastal location. The small dumplings are made without yeast so the skins won’t rise or break, and the soupy interior is the result of one of two methods. Some kitchens use aspic and agar agar to solidify the broth, which is then wrapped into the dumpling only to liquefy later while being steamed. Other kitchens used solidified fat skimmed from the top of boiling broth. While the oily soup in Liu’s dumplings suggests he opts for the latter approach, the slightly sweet meat mixture of pork and crab is a fine, fine thing.

The Yangtze River is China’s equator and everything south of it is considered Southern China. Just a ferry ride away from Hong Kong, the Guangdong province sits at the bottom of China and its Cantonese approach to shellfish from the South China Sea is delicate. Steaming is a common cooking method.

While Northern China is all about noodles and wheat, Southern China is all about rice. At one of Atlanta’s favorite dim sum restaurants, skins on the Hargow (虾饺), Chaozhou (潮州 潮州粉果), and Hakkanese dumplings reflect that. Cooks run the rice through water to create a near-translucent skin (those in the north see this method as wasteful). Southern-style dumplings are much larger than their northern peers since long southern summers lead to bountiful harvests. Of the three dumplings, the hargow filled with shrimp most reflected the delicate, fresh approach the Cantonese take to their cooking. The sticky, clunky Chaozhou filled with chives and shrimp and the Hakkanese dumplings filled with an assortment of vegetables and nuts were not my favorite dumpling moments of the day. 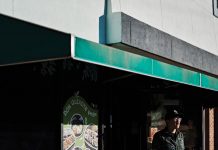 What will save Buford Highway’s restaurants from COVID-19?