This sweet sensation first popularized by Thai street vendors has finally made the journey to Buford Highway. Brave the lines and watch as staffers pour a creamy base onto a flattop cooled down to Arctic-level temperatures, then push and prod it into delicious ringlets topped with fruit, chocolate, marshmallows, and other goodies. 8 Fahrenheit (5090 Buford Highway, Doraville) was first on the scene in March, and a few months later we spotted another one, I-CE NY (5177 Buford Highway), down the street. We’re sure it won’t be long before the treat migrates in from BuHi. 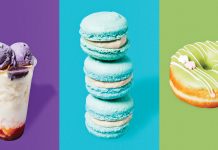 A Buford Highway dessert for every color of the rainbow 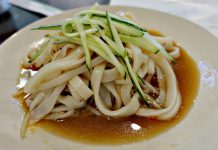