With its black concrete blocks and sprawling glass panels, the Bernard A. Zuckerman Museum of Art, which opened in March, seems a better fit among the new downtown attractions than the red-brick campus buildings of Kennesaw State University. But that’s exactly what makes the 9,200-square-foot museum—the first to open in Georgia’s university system in more than 30 years—such a standout. The new space anchors KSU’s permanent collection and temporary exhibitions, including Geometric Aljamía, a show of paper-cut works and drawings inspired by Islamic design. 492 Prillaman Way, Kennesaw, zuckerman.kennesaw.edu 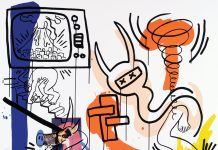