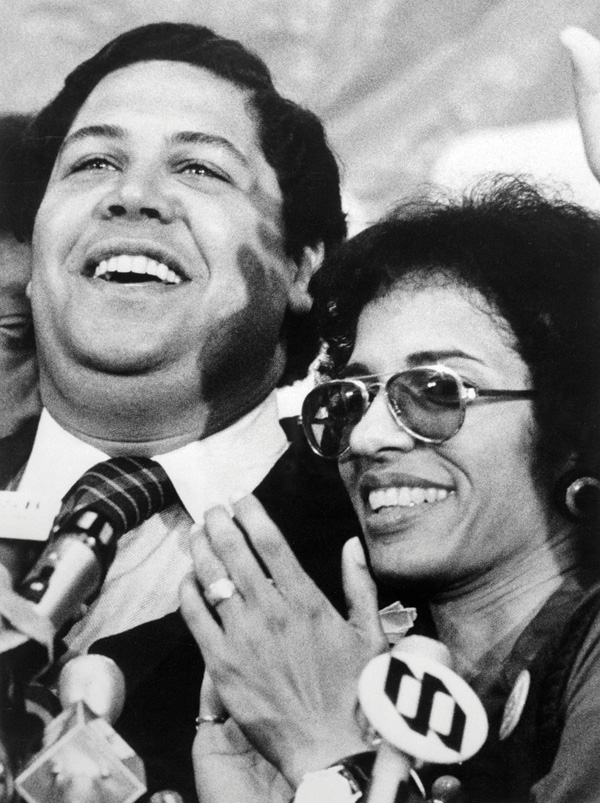 Maynard Holbrook Jackson Jr. made history as Atlanta’s first black mayor, and his January 7, 1974, inaugural itself shattered precedent. The traditional City Hall ceremony for a few hundred was traded for a riotous ninety-minute gala at the Civic Center.
More than 5,000 people attended—“youngsters in blue jeans to dowagers in mink stoles,” reported the New York Times. The staid aldermanic chamber ritual was replaced with performances by the Atlanta Symphony (“Ode to Joy”), the Morehouse glee club (“Lift Every Voice and Sing”), and Jackson’s aunt, opera singer Mattiwilda Dobbs (“He’s Got the Whole World in His Hands”). Her performance underscored the significance of Jackson—descendant of slaves and grandson of civil rights pioneer John Wesley Dobbs—moving into City Hall’s top job. Although she’d sung at La Scala and signed a contract with the Met, Mattiwilda Dobbs did not perform in front of an integrated Atlanta audience until 1962. Twelve years later, the Dobbs family celebrated en masse; sixty-one aunts, cousins, uncles, and siblings were present at the inaugural and partied into the night. “My family is small; I had two cousins there. But everybody from Maynard’s family took part—and it’s a big one,” recalls Bunnie Jackson-Ransom, Jackson’s first wife. Most of the evening was a blur, she says.
“Politics was Maynard’s ministry,” she says. “He chose it rather than following his father and becoming a Baptist minister.” But there was plenty of ministerial fire in Jackson’s inaugural speech, drafted with the help of an inner circle that included power couples Pearl Cleage and Michael Lomax and David and Shirley Franklin. “We use the Hartsfield slogan, ‘A city too busy to hate,’ but equally as important, we must ask during the difficult days ahead, are we a city too busy to love?” Jackson exhorted the crowd that night. “There can be no glittering International City as long as grim poverty and dangerous despair tarnish our glow.”
Photograph by Bettmann, courtesy of Corbis
This article originally ran in the February 2011 issue
Advertisement