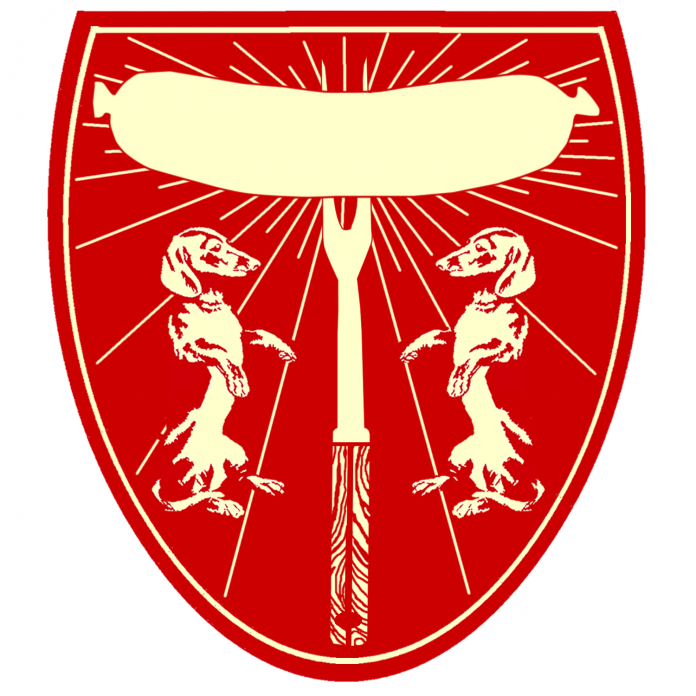 Think of the hot dog and visions of stadium concession stands and summer BBQs probably come to mind. But locally-grown, farm-fresh ingredients? Not so much. The humble American hot dog has a less-than-glowing reputation, notorious for a best-not-ask hodgepodge of add-ins and questionable sources. James Hammerl is trying to change that stigma. Since 2011, the creator and owner of the local hot dog cart, Doggy Dogg, has taken to the streets to push an American classic made using locally-produced meat, bread, and toppings.

Here, Hammerl tells us about his inspiration and what sets his dogs apart from the pack.

How did you get your start in the business? I was actually in Germany about four years ago coming out of a Christmas mass late at night. Snow was falling, and in the courtyard there was a guy next to a sausage cart with steam coming out of. It just seemed like the angels started to sing. It was just basic sausage on bread with mustard, and I was like “Wow, I’d like to give this a shot.” When I got back to Atlanta, I set up at the Piedmont Park Green Market as just a table vender with a small griddle, playing around with all kinds of different toppings. The public reaction was good, and I took it on as a fulltime gig.

Did you have any prior background in the food industry? I was bartending at The Iberian Pig at that time and had managed a bar in the Old Fourth Ward before that, but this was my first venture into the hot dog world.

The hot dog is an American classic—what sets your creations apart from the pack? Atlanta has such a huge collection of people from everywhere. I have many friends from all over the world specializing in unique ingredients like kimchi and pimento cheese, so I’m able to take those and create something that people would never think of having on a dog. I use whatever’s available and in season.

Was an emphasis on local, farm-fresh ingredients your mission from the start? My mission was just to try out different combinations of toppings that you normally wouldn’t see, but as I started working in farmers markets I realized I could do these different toppings but with a locally-sourced emphasis. It’s totally changed my philosophy towards sourcing and eating.

Which local farms, bakeries, and butchers do you use? I wouldn’t be where I am, if it wasn’t for The Spotted Trotter, a local butcher shop that sources organically and sustainable meats. Their new peach BBQ sausage is right around the corner. We get our bread from H&F Bread Company—they don’t use any preservatives. I also use Simply Seoul kimchi, Camden Park Deli pimento cheese, and Preserving Place for sweet relish.

Where do you typically park your cart? The best way to find us is just to roll on over to doggydoggatl.com, and from there we have our Facebook and Twitter links. You can find us at all of the best farmers markets in town, as well as at Monday Night Brewing every Monday night.