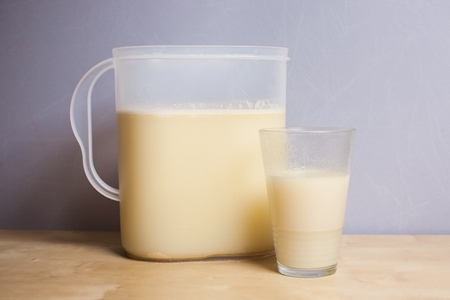 Not into food but still need the nutrients? Rob Rhinehart has got you covered.

One year ago, the computer-scientist-and-engineer-turned-mad-scientist released Soylent, a powdered food alternative that would provide nearly optimal servings of recommended vitamins and nutrients. “Food is a hassle, especially when trying to eat well,” he wrote on his website.

So, Rhinehart set out to create, basically, the ultimate protein shake, raising millions in funding in the process. In the early phases, test subjects noted a “chalky flavor” and “suspect appearance.” Well, as of last week, you can now order the new and improved Soylent v1.0. Starter kits include a pitcher and specialized measuring cup. The chalkiness has supposedly been replaced with a smooth consistency resembling a malted milkshake. More information on “freeing your body” can be found on Soylent’s blog, and if an eternal diet of malted nutrition shakes sounds pleasant, orders can be made here.

For those who don’t remember, journalist and unknowing lab rat Shane Snow put his body to the test last year for a culinary journey through two weeks of nothing but Soylent. Once he got over initial irritations from his history of acid reflux and general separation anxiety from actual food, Snow cited an increased attention span and productivity throughout the day. He also provided data showing healthy weight loss, lower cholesterol, and higher energy levels. 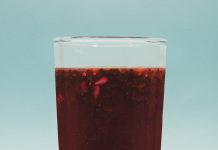